First, we started our next visa hunt. At the embassy in Gabon, the security guard rejected us immediately, since we did not wear long pants. We thought it was ridiculous, but the security guard ignored us. Therefore, we cycled back to the house and returned with another outfit.

The not very motivated woman told us which documents we needed and we searched all the papers. Everything was ready and then we realized that the visa was valid from the date of issue. We complained loudly and could not believe that there is no other way. Since we discussed heatedly, the ambassador came out of his office and understood our excitement. Finally, he offered us a compromise proposal of 45 instead of 30 days for a special price. We accepted the offer a bit disappointed and got the biometric visa within one hour.

In the meantime, the woman made us angry, since she wanted to charge us 20 USD more for the completion of the forms. The problem was that she never asked if we wanted to make use of this service.

On the same day, we cycled to the embassy of the Republic of Congo along the hilly and partly broken roads of the capital. The clerk almost made us fall asleep with her facial expression and had the motivation of a bear wanting to hunt during hibernation. She collected all our documents and told us to pick up the visa in one week. The express fee was too expensive for us and we accepted the fact that we had to stay a bit longer in the capital city. 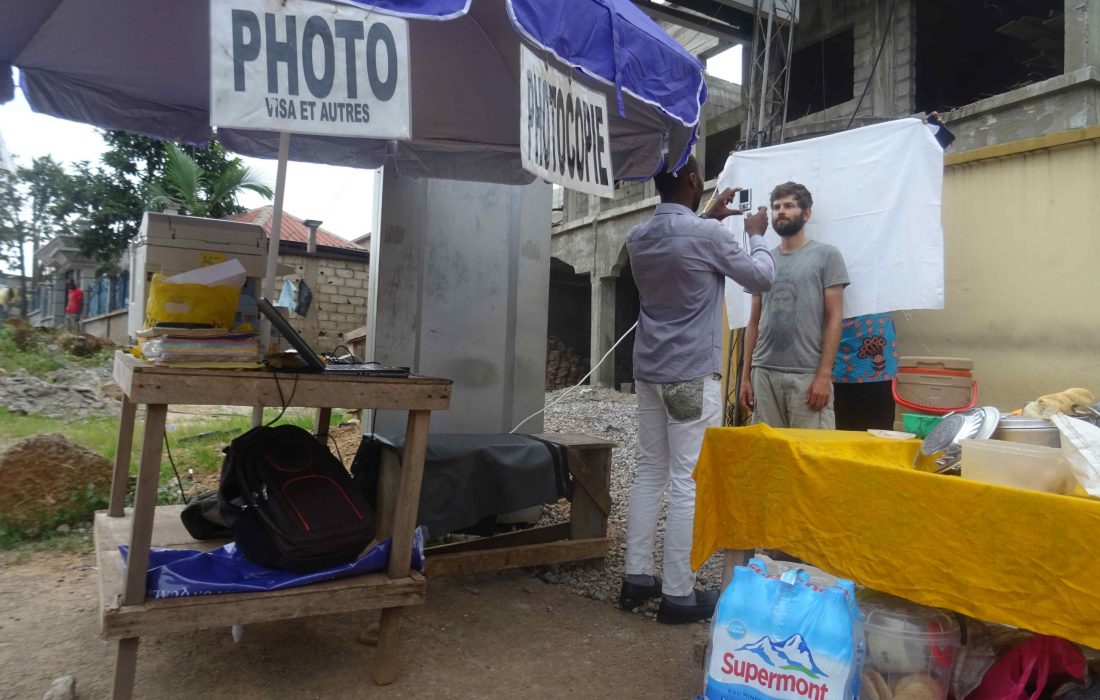 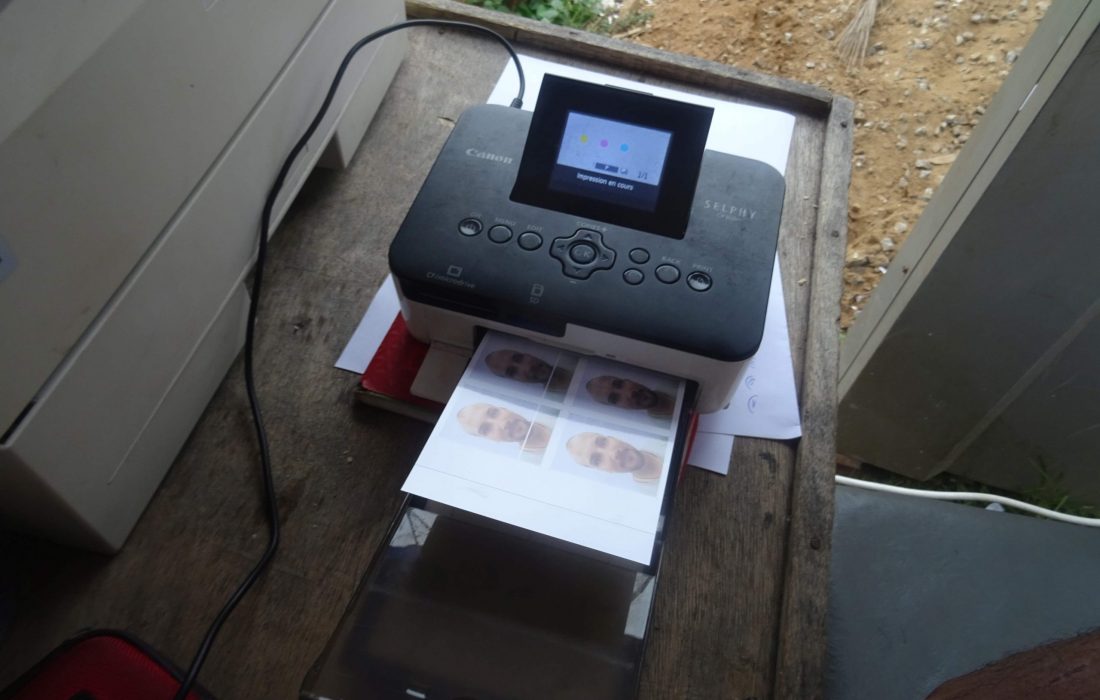 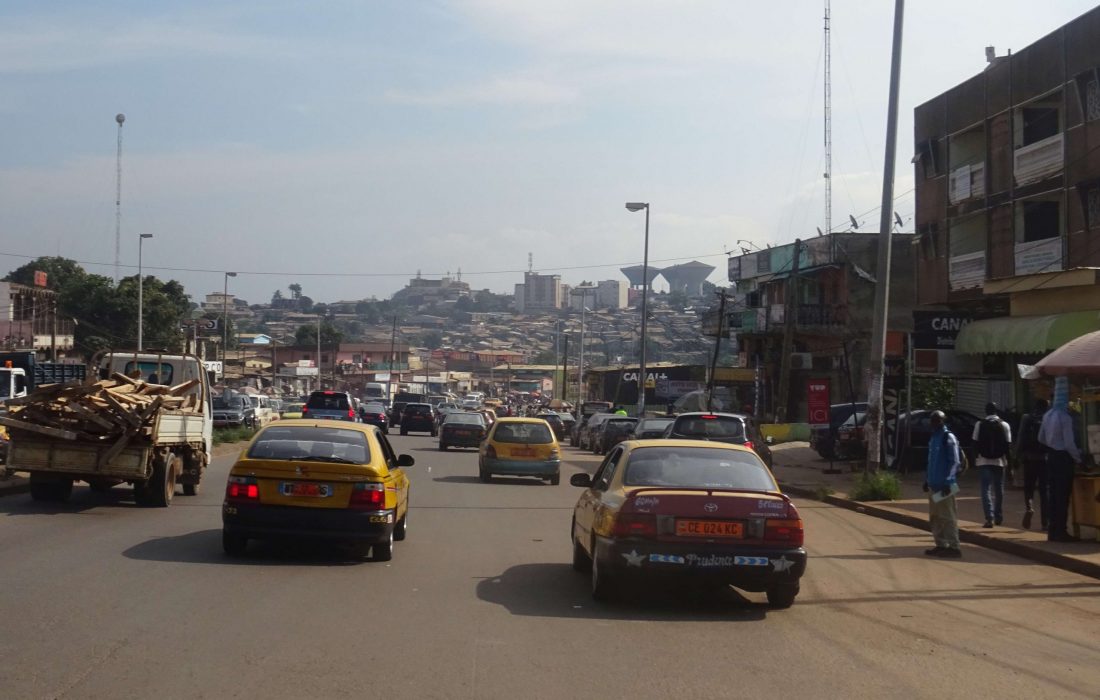 Since Jocelyn uses Warmshowers and Couchsurfing, after a few days Mahdi arrived. We met the Tunisian traveler already in Togo for the first time and were in contact ever since.

Shopping in Cameroon is rather annoying, since nobody has change. Even in the large supermarkets, we could not buy anything, unless we had the right amount of money. The cashier did not care at all if we could buy our products or not. We did not want to buy the recommended energy bar, just because there was no change. This situation happened several times daily and reminded us of Ivory Coast.

Luckily, we got an address of a reliable bicycle mechanic in Yaoundé from another touring cyclist. In this shop, they even had two new bottom brackets. Especially Fabian needed a new bottom bracket, because it wobbled already since Lagos and would not have survived much longer. Adrian replaced his as well, since in the next few countries it will be hard to find a decent mechanic.

In addition, Adrian was not able to change into the upper chain ring in the front since Dakar and not one mechanic could fix it since then. To our surprise, the Cameroonians had a solution and mounted a new shifter and a third chain ring. Due to that change, it was no longer a problem to climb steep ascents. We bought new brake pads as well and therefore had properly functioning bicycles for the first time in a while. 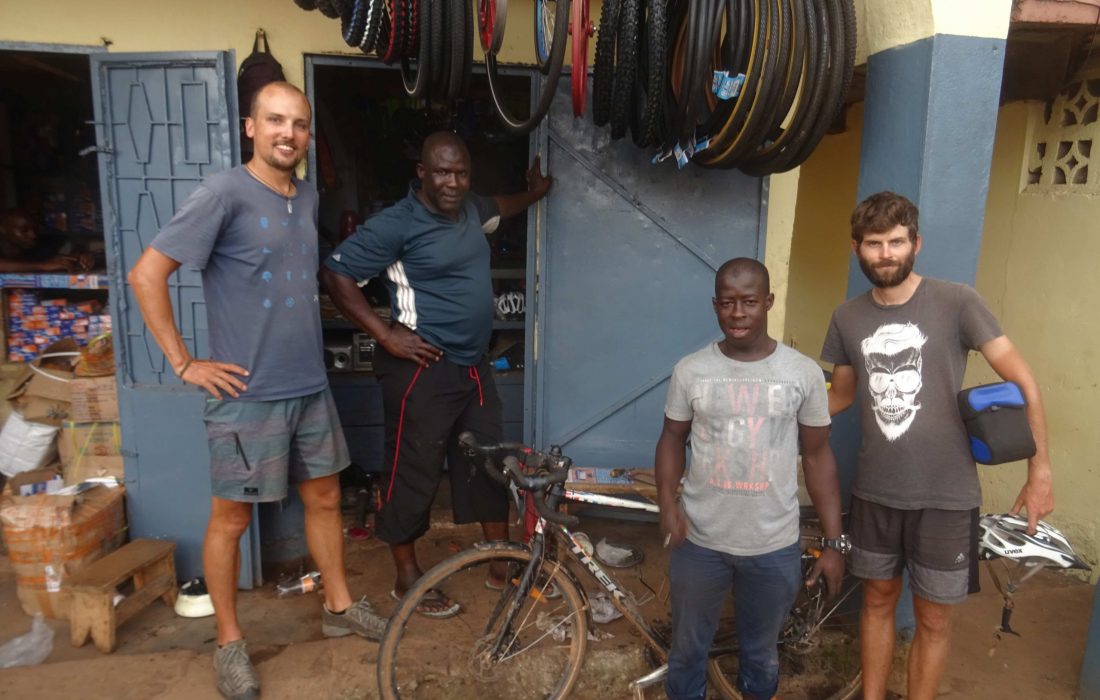 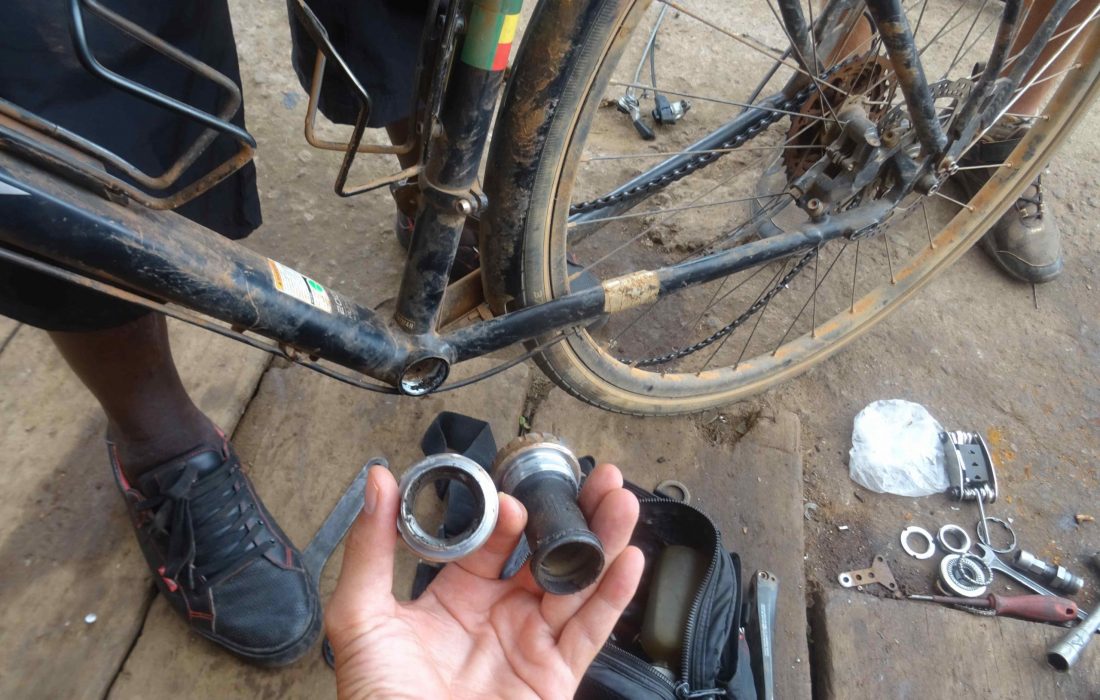 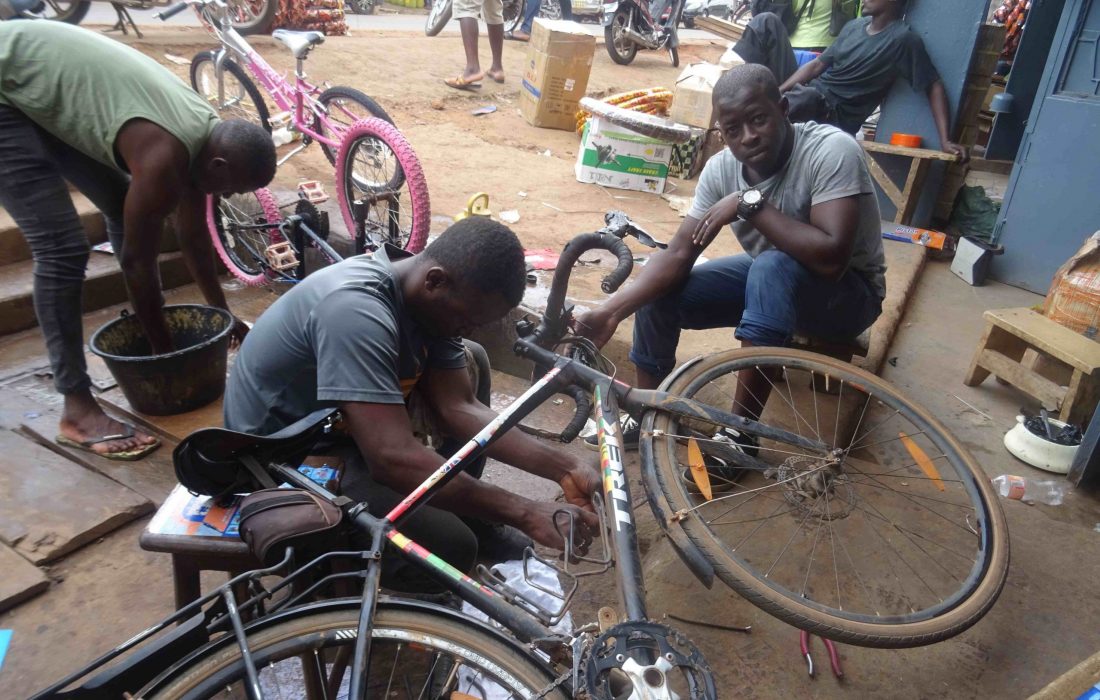 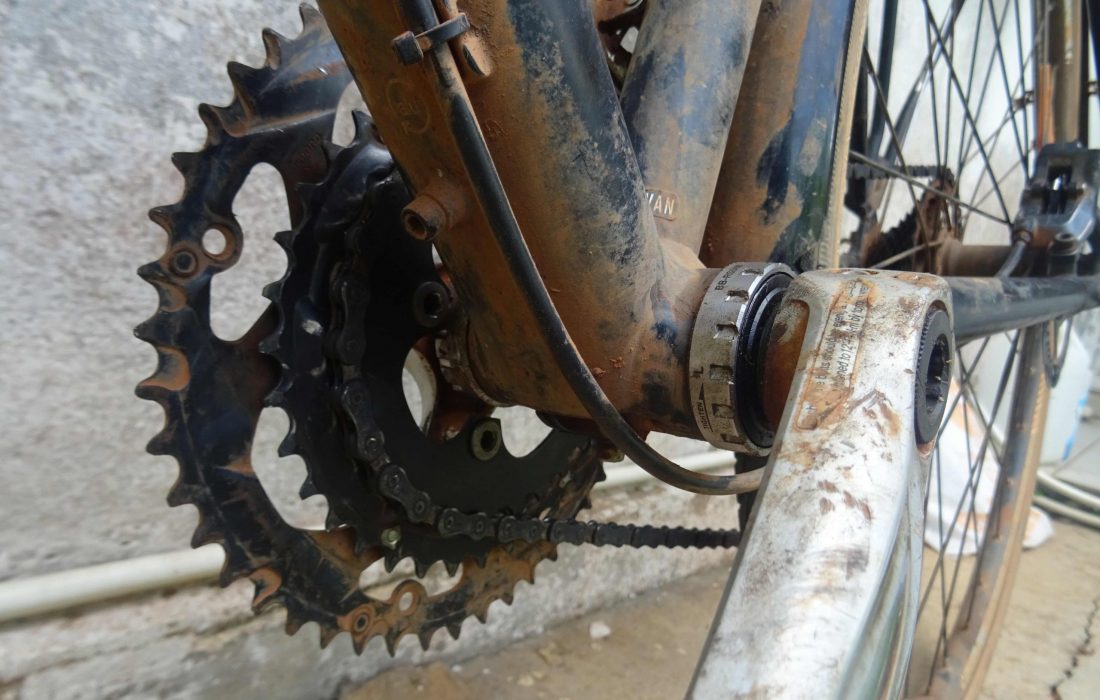 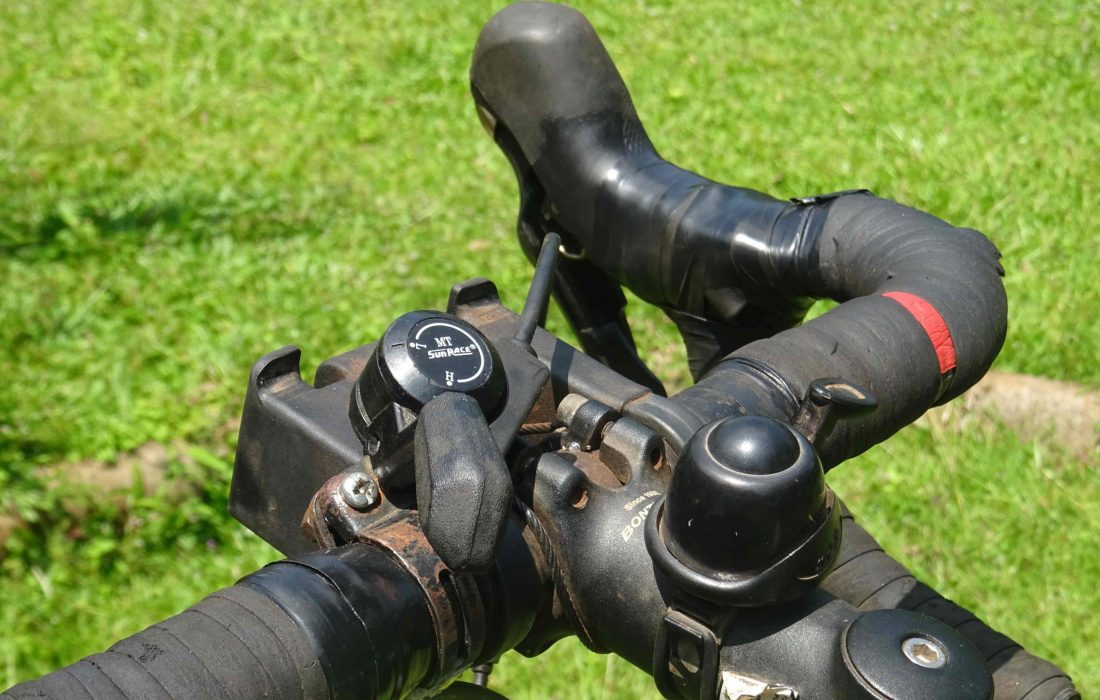 During the weekend, a friend of Jocelyn from Douala visited and the number of people staying in the apartment increased to five. While we had dinner in the city of Yaoundé, we enjoyed the interesting conversations.

Adrian repeatedly had discomforts during the last few days, but it never got worse. He had a feeling that something was on his way, but did not know what exactly. Directly after we arrived in the capital, he got strong headaches and had pain radiating from the location of the liver. Therefore, he did a malaria and typhus test. The malaria test was unsurprisingly positive. 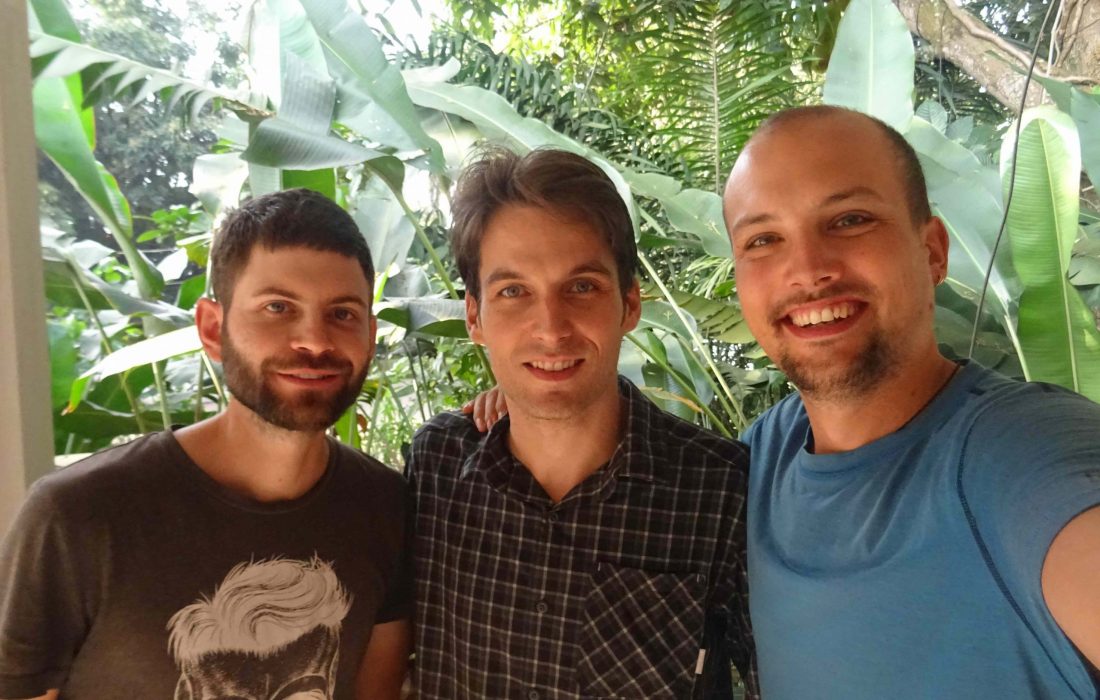 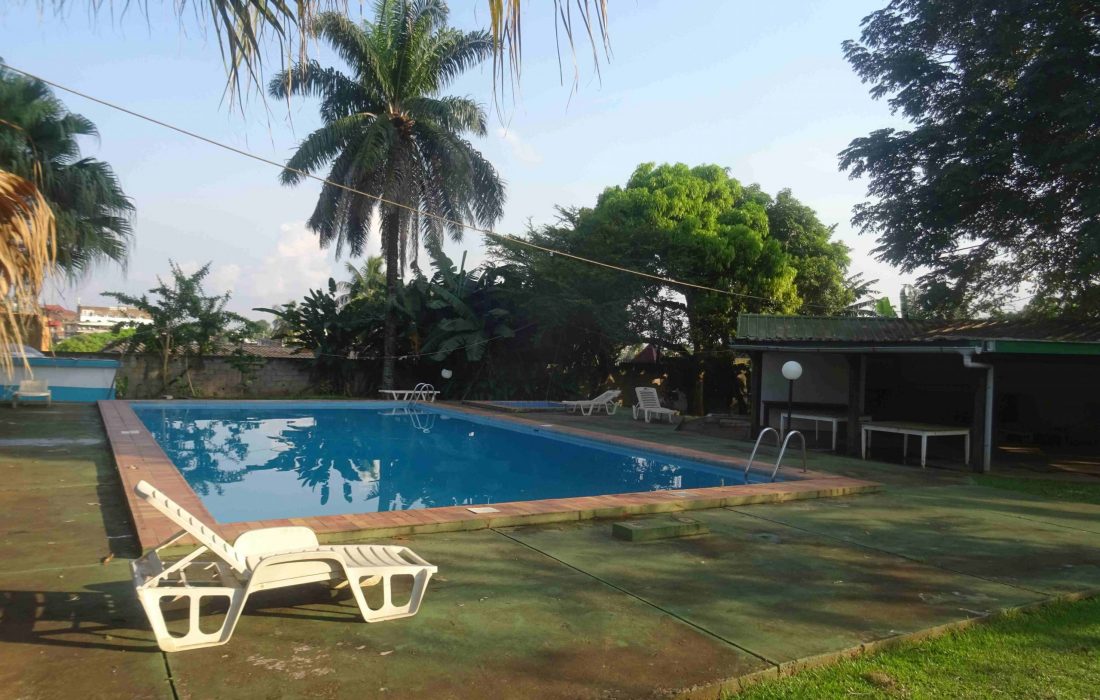 Jocelyn had the number of an experienced French doctor, who lived already dozens of years in Cameroon. She recommended examining the blood and this showed that the malaria infection was already gone. However, the results showed prove of an infection in the system. Therefore, he did an ultrasound image of the lower abdomen. In the meantime, the pain changed from the liver to the back and suddenly to the shoulder.

The ultrasound examination showed a 6 mm large kidney stone, swollen lymph nodes and an enlarged liver. The enlarged liver was probably from the malaria infection. To have a better picture about the situation with the kidney stone, the very helpful doctor recommended visiting an expert. The expert said that the stone should find his way out with the urine with its actual size. With this assessment and a few new drugs, we got our allowance to continue our trip. The local doctor recommended one more test of some liver values. After this test showed nothing alarming, we decided to start cycling again on the following day. 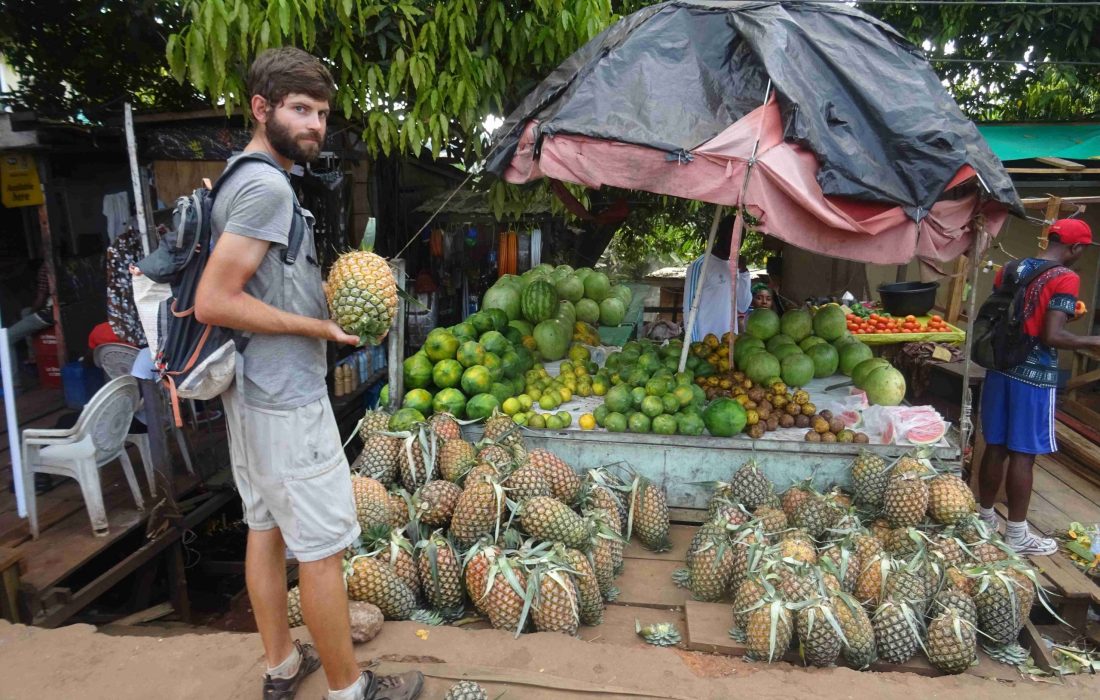 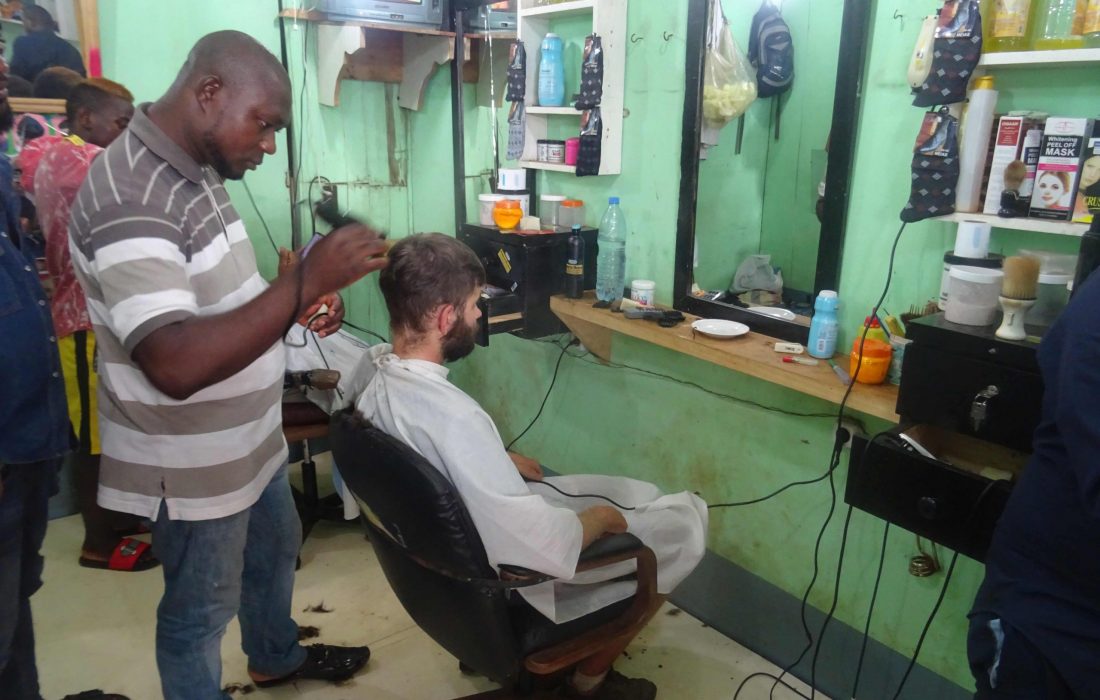 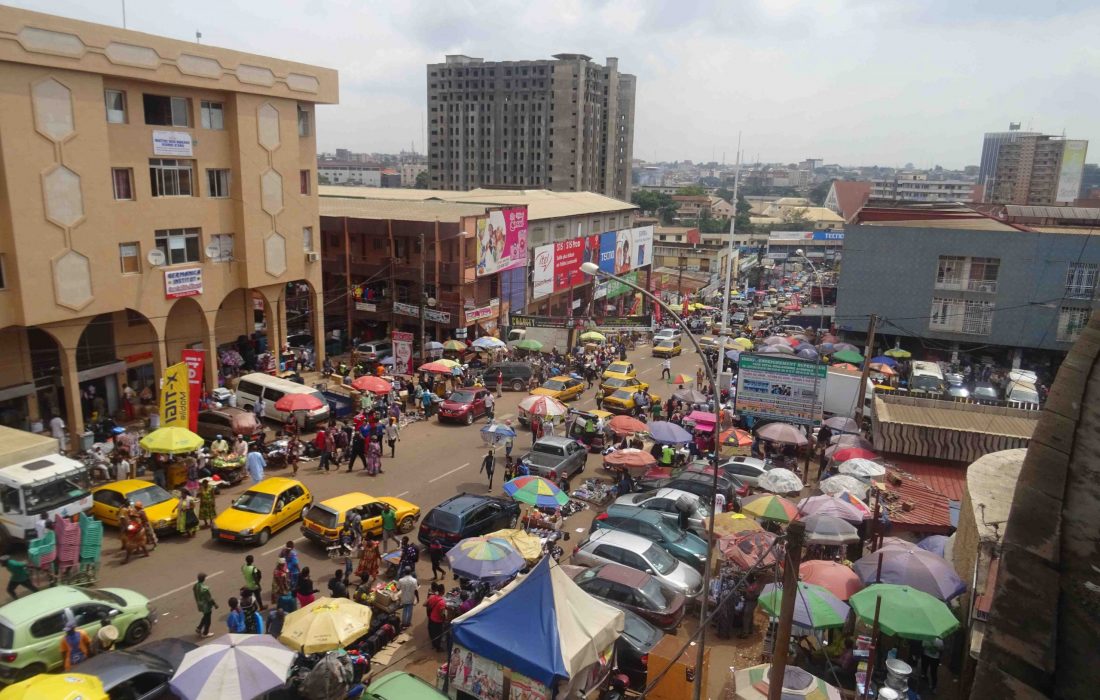