The neighborhood and its people we met during our stay were authentic. Everyone was extremely friendly and we felt like being home. After a few days, we knew where to buy the most important food items and easily managed to get around. 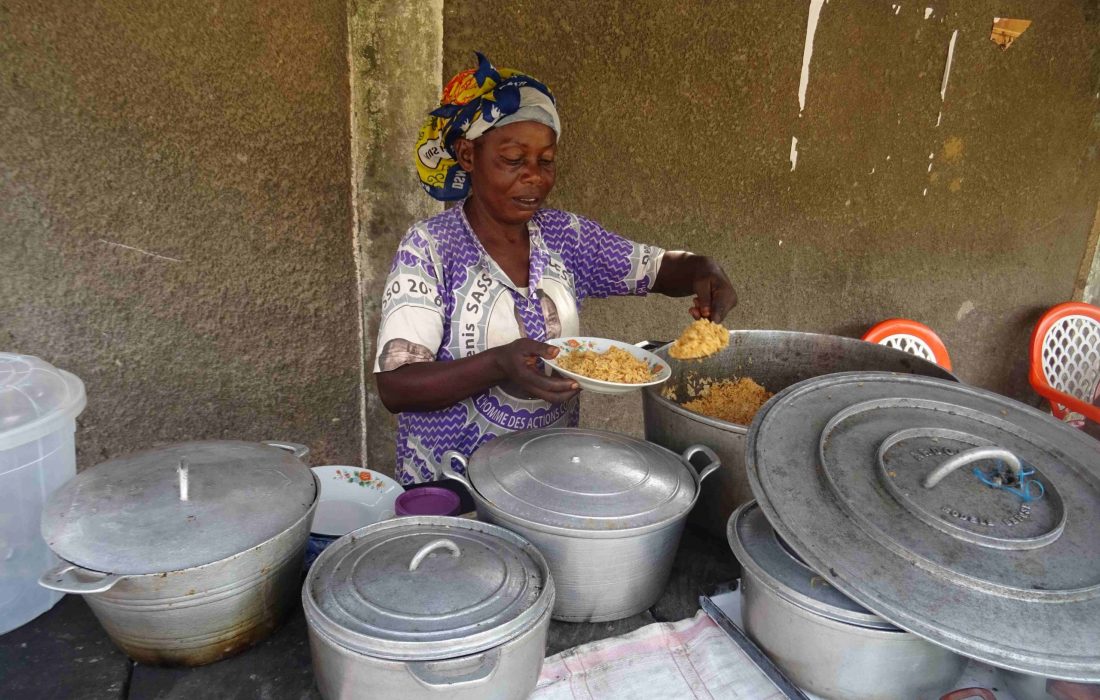 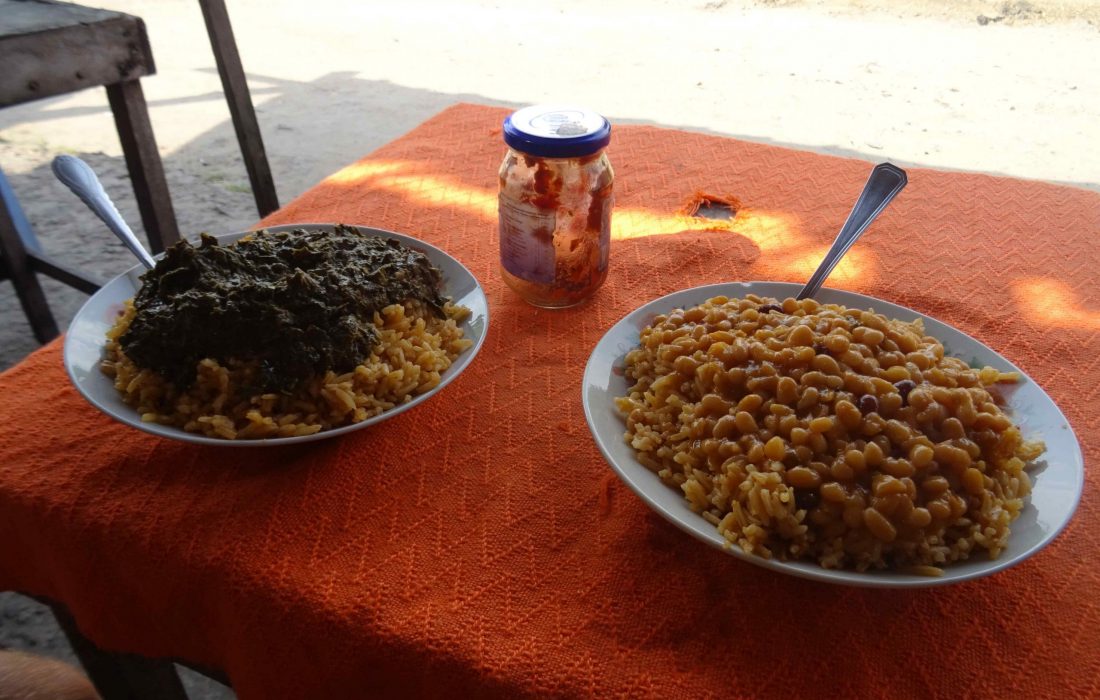 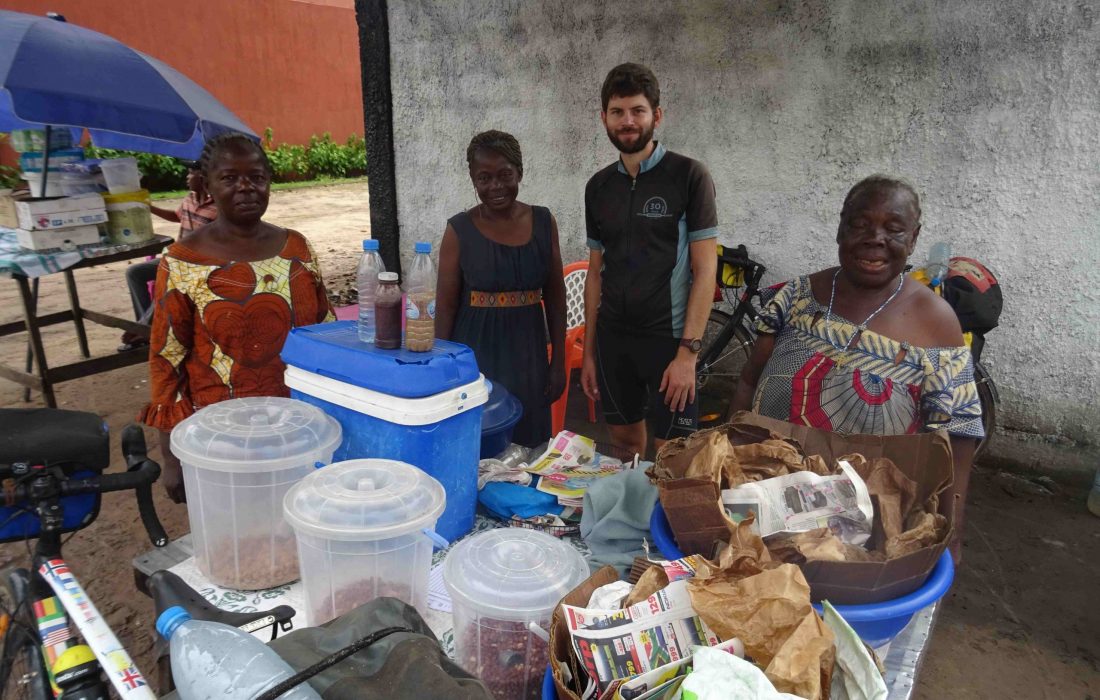 On the weekend, we joined a pool party thanks to friends of Stefanie. For an agreeable entry fee, we could eat and drink as much as we wanted. Therefore, we enjoyed the diverse buffet with snacks and alcoholic drinks. Many guests were Congolese and the other part was either French or Belgian. Most of the people we met, were excited about our trip and we had great conversations. We enjoyed the chance to talk with like-minded people. 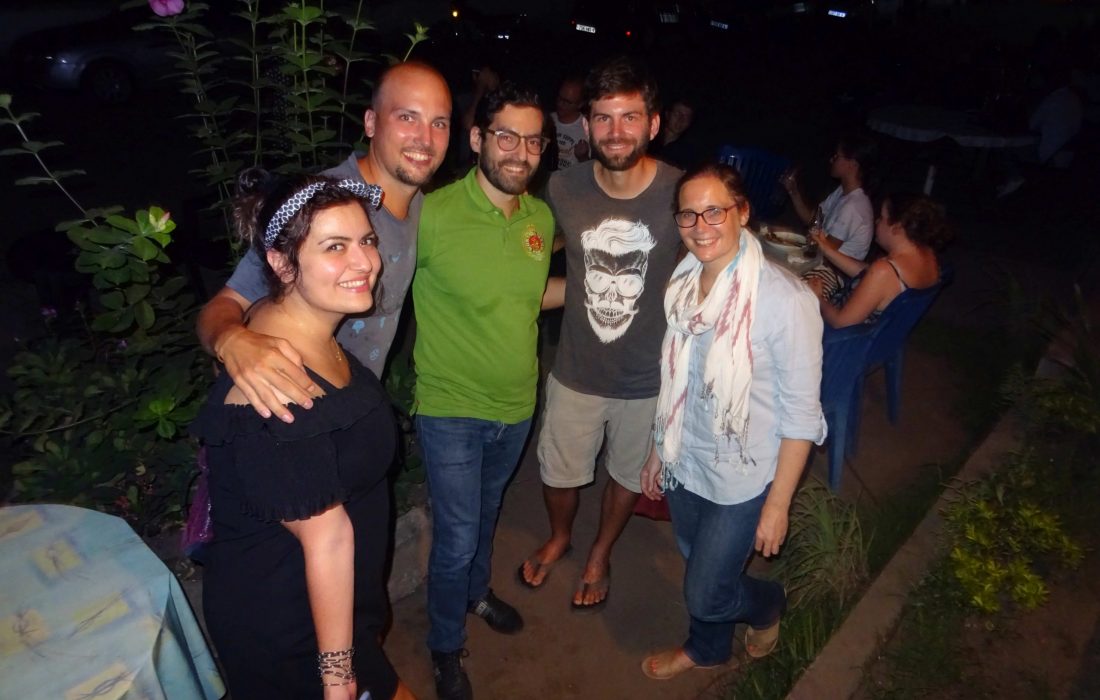 Erwan, a Frenchman whom we met at the party, invited us to his home and we could use his internet connection. The previous days, we searched everywhere for a decent cyber cafe, but nowhere they would allow us to use our own computer due to security issues.

The temperature was close to 40 degrees and we sweated all day long. Even in the night, it did not cool down a lot and for the first time in a while, we wished for air conditioning.

A few times, we cycled into the center of the city and were surprised how harmless the traffic was in this city with more than a million inhabitants. In comparison to other capitals, Brazzaville seemed like a village. The city lays directly on the shore of the Congo River, which separates the two capitals Brazzaville and Kinshasa. Therefore, those are the two capitals with the smallest distance to each other in the world. The huge river radiates calmness, since there were no boats, anglers or swimming children close to the city. The River Congo is the second longest river in Africa and most water-rich river in Africa. 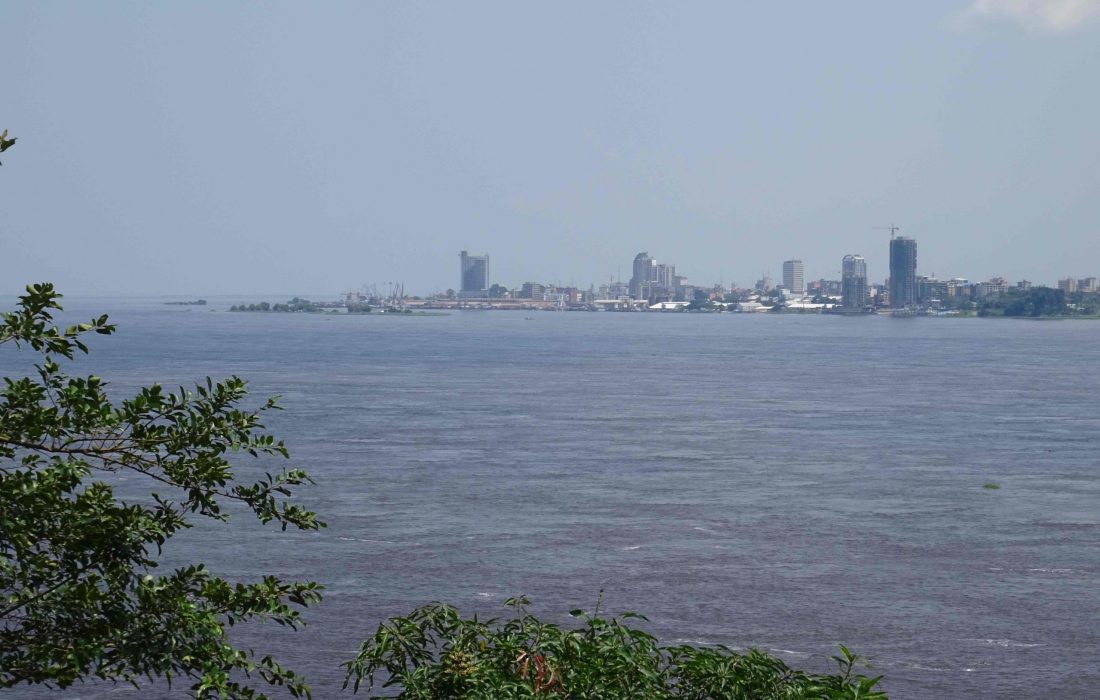 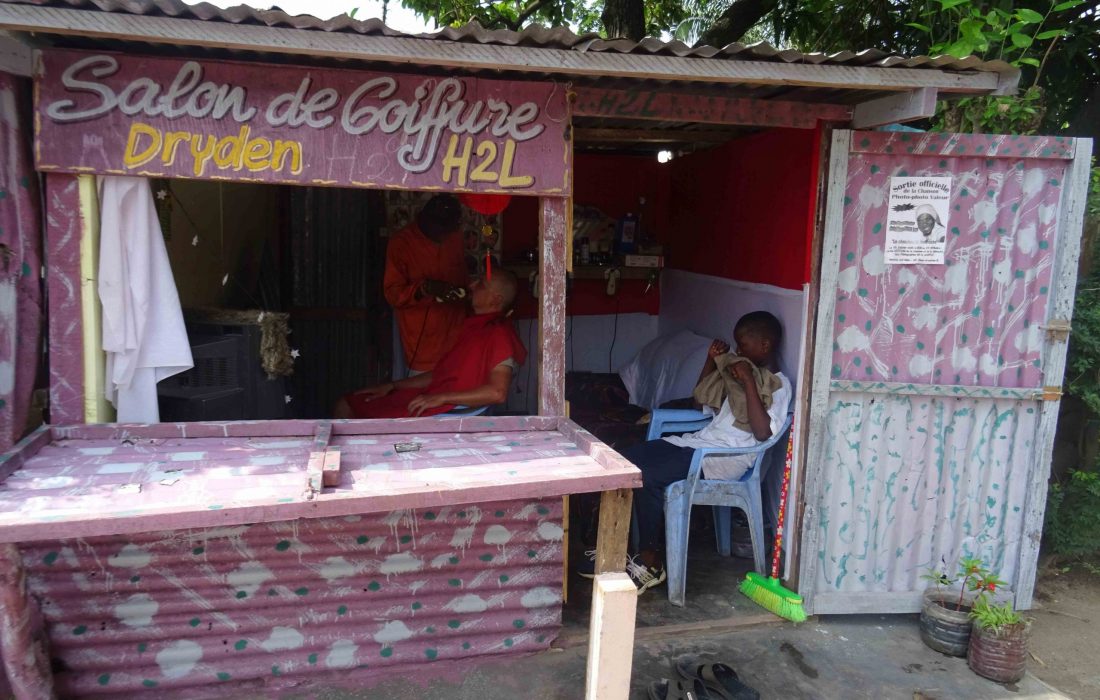 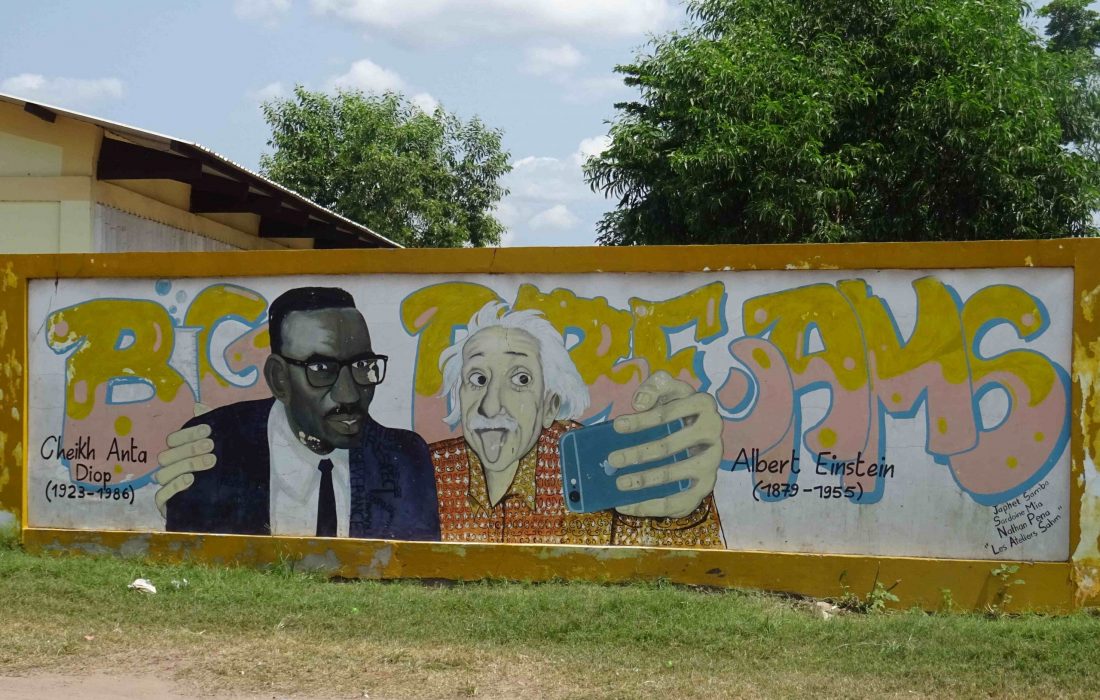 Several times, we heard of projects that stopped due to the economic crisis, which started because the oil price decreased. For example, we saw hundreds of modern solar powered wells with additional water tanks in various villages. Unfortunately, many villagers told us that those installations only worked for a couple of months. Nobody in these villages has either the money or the knowledge to fix the facilities. In addition, the project has no money left, to send mechanics to the villages to maintain the wells. Another example how an NGO wasted immense sums of development money in Africa. 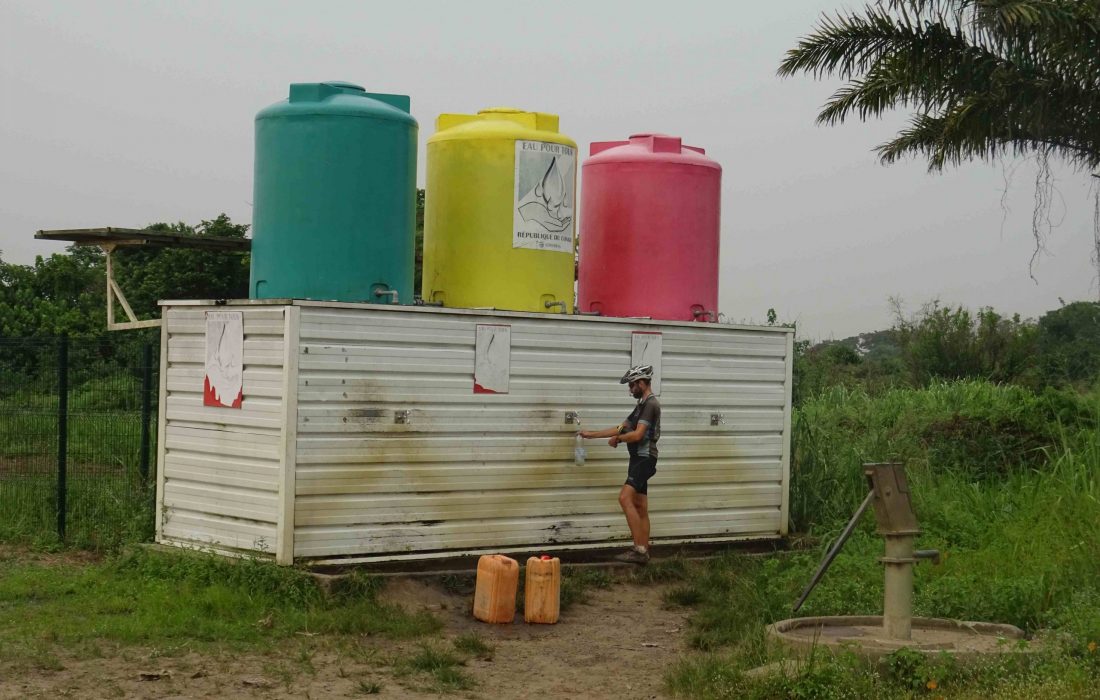 After a pleasant stay in Brazzaville with many nice acquaintances, we left the large city along the river. Soon, the terrain challenged us and we had to climb many consecutive hills.

In the region Pool, we saw in several villages whole families living in refugee tents of the United Nations. The people explained us that the military due to an order of the president attacked the villages with helicopters two years ago and many villagers died. The reason for that civil war was the assumption of the government that the local population hid rebels in that region.

At a junction, we turned southwards, instead of following the road to the coast. In a larger village, we found two Papayas and the present immigration officers made our life complicated at the same time. The extremely authoritarian boss did not let us speak and accused us to question his professionalism. We just wanted to ask if it really was necessary to give us two exit stamps, since it would be the first time on our journey. Finally, everything calmed down and we did not receive a stamp after all. 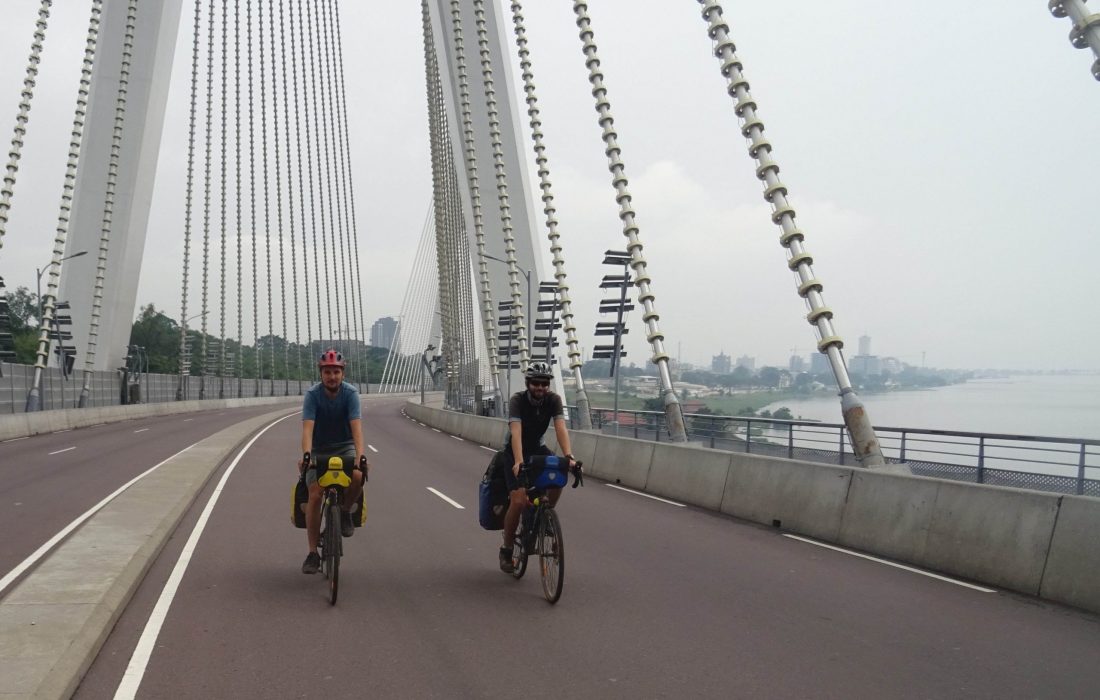 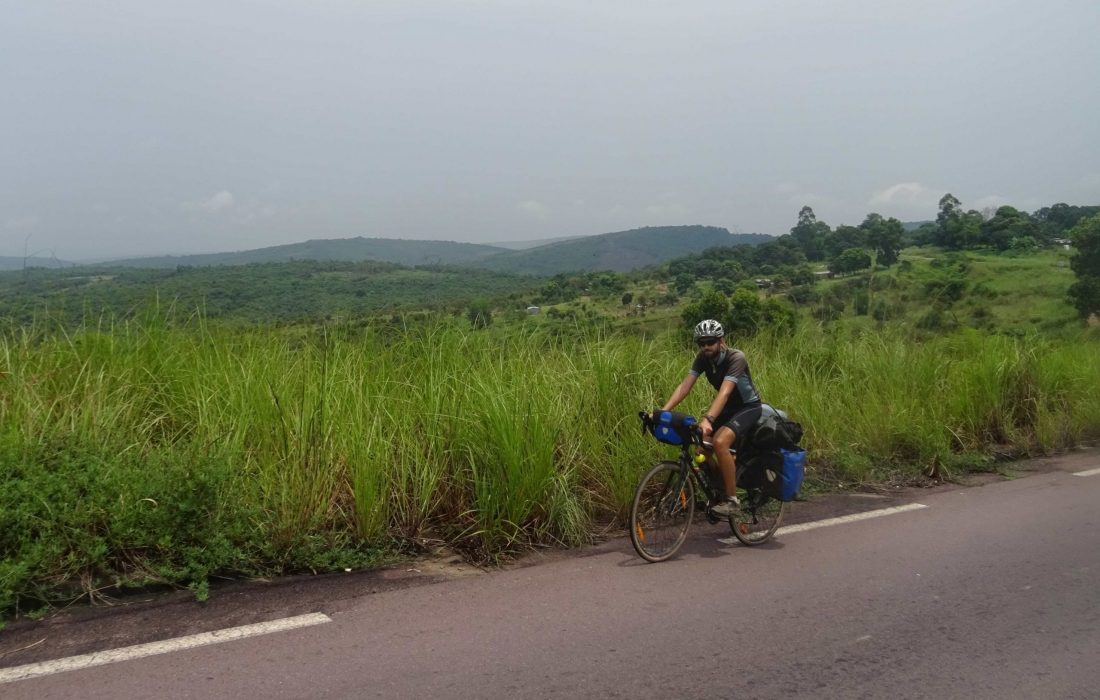 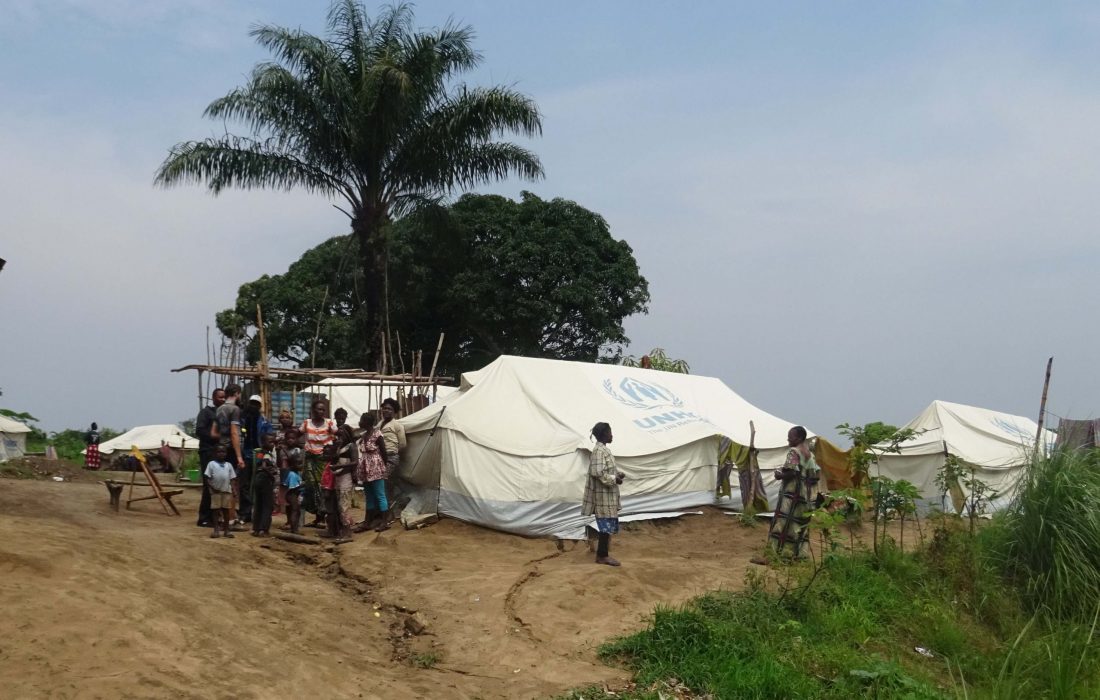 In the last town before the border, we finally found something to eat after asking for a while. Afterwards, we left the comfortable paved road. Across hill and dale, the partly sandy gravel road led us over numerous hills. Two ascents were so steep that we had to push our bicycles up.

The landscape presented itself surprisingly dry and only nearby of a river or stream, we saw trees more often. In the last village before the border, we stayed with the village chief and already went to the immigration officers to handle the formalities. 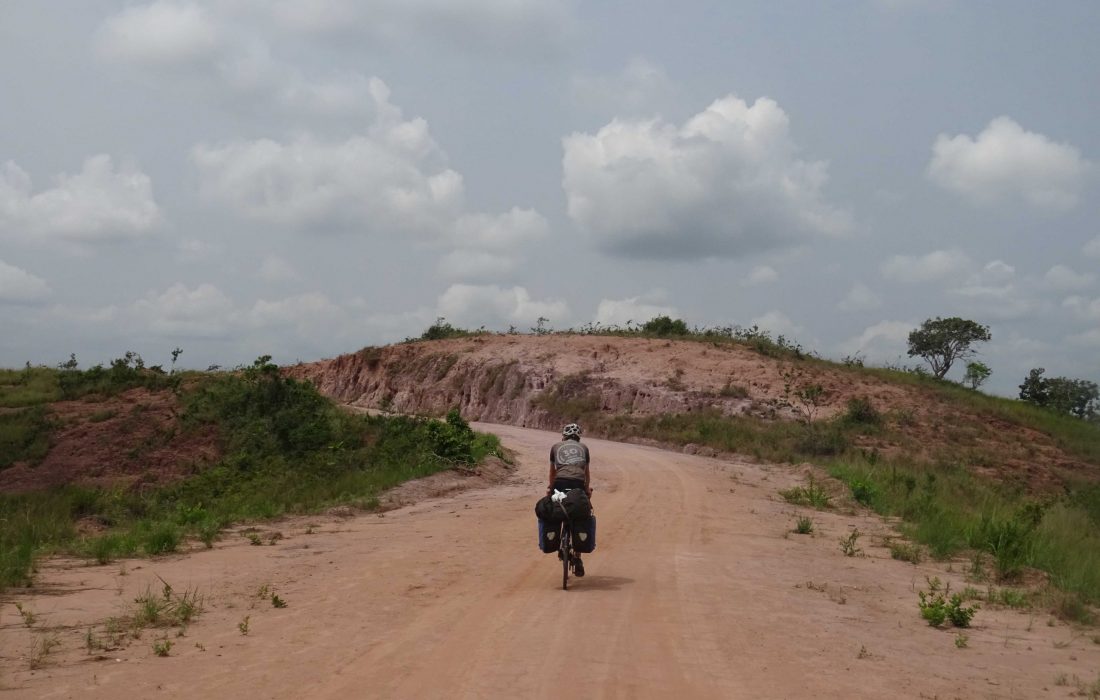 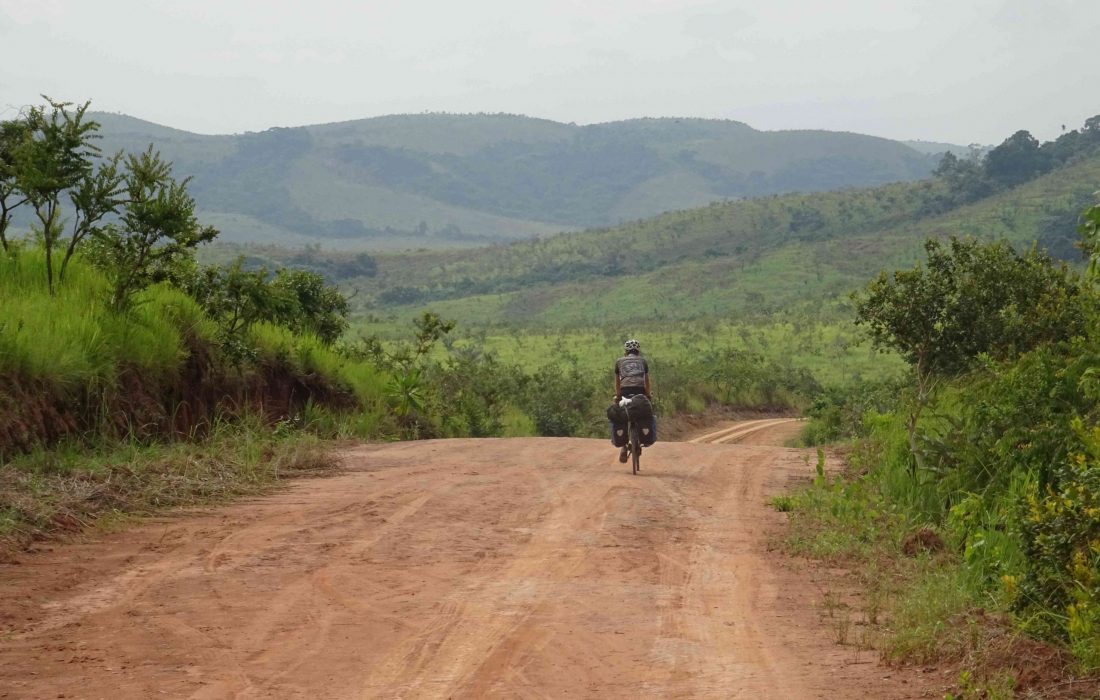 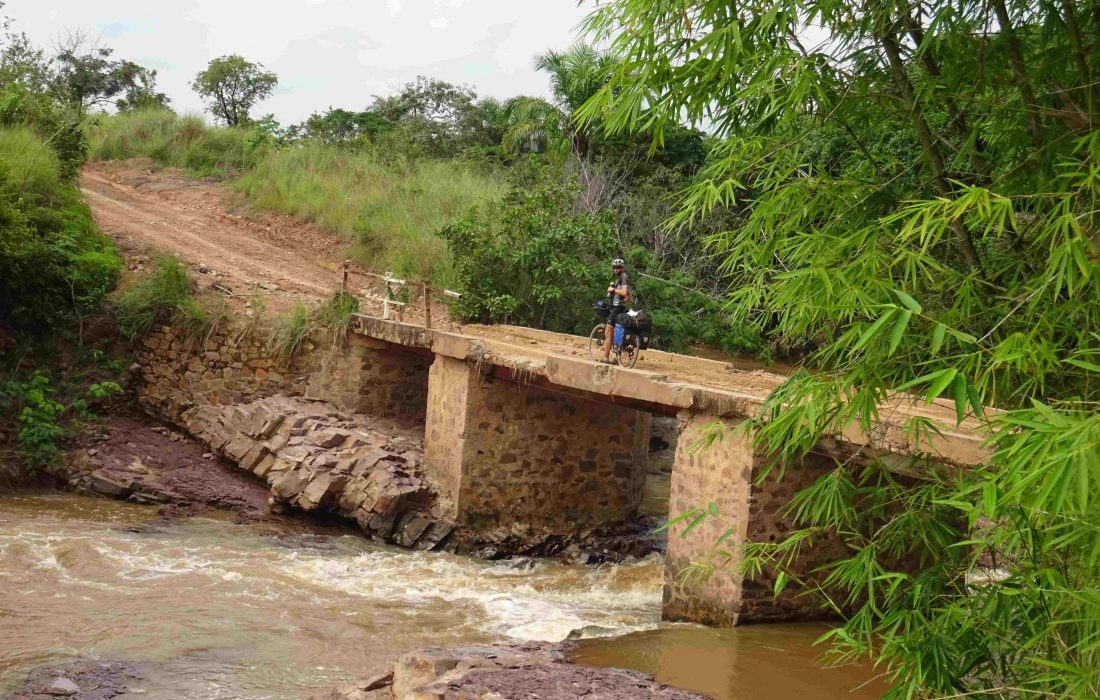 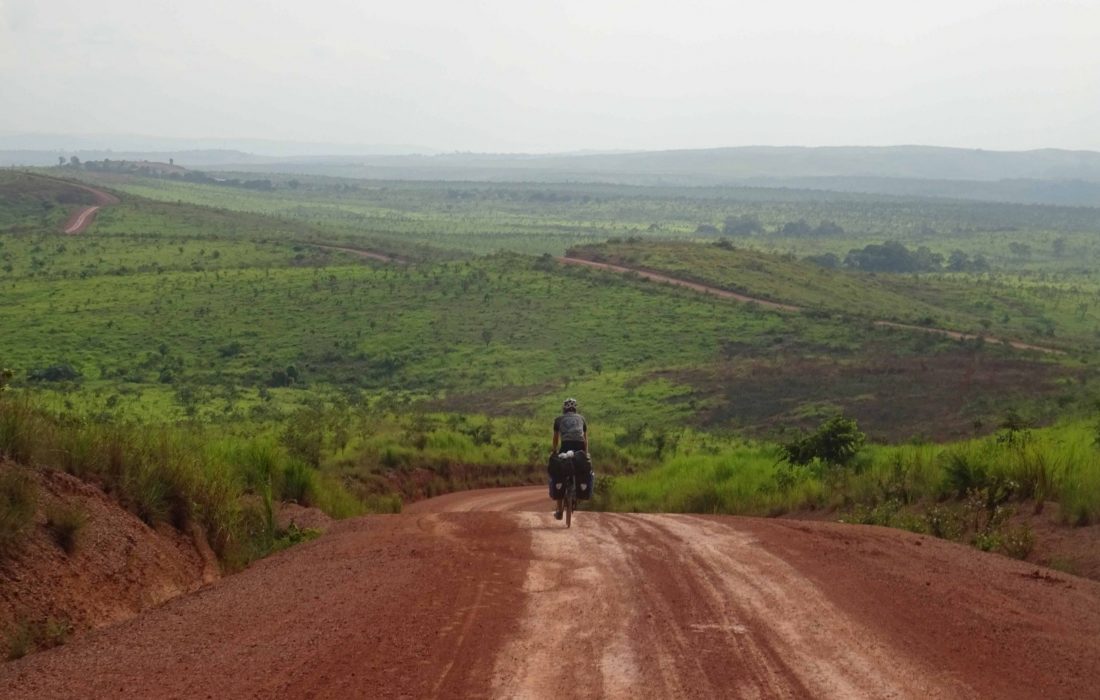 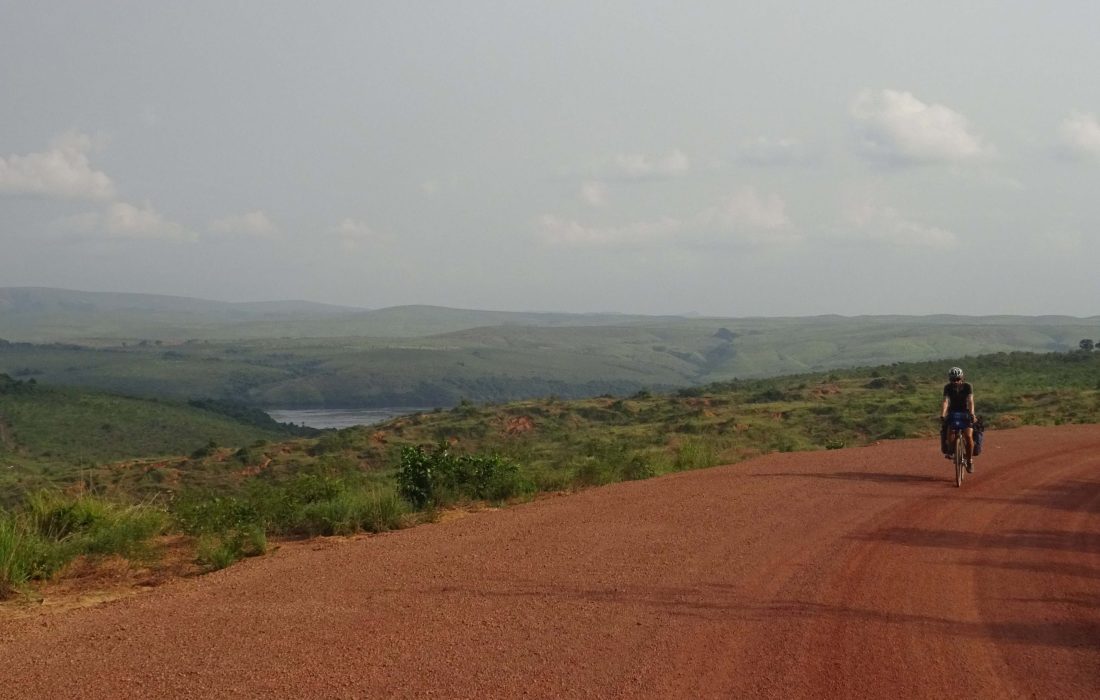 The woman of the chief prepared rice pudding for breakfast, after we asked her to do so. For the delicious dinner and breakfast, the diligent woman did not even accept any money. At the border, we only waved to the border officials, since we already finished all formalities the day before. At the geographical border, a few kilometers further, we found an old welcome sign from the Belgium colonial times. 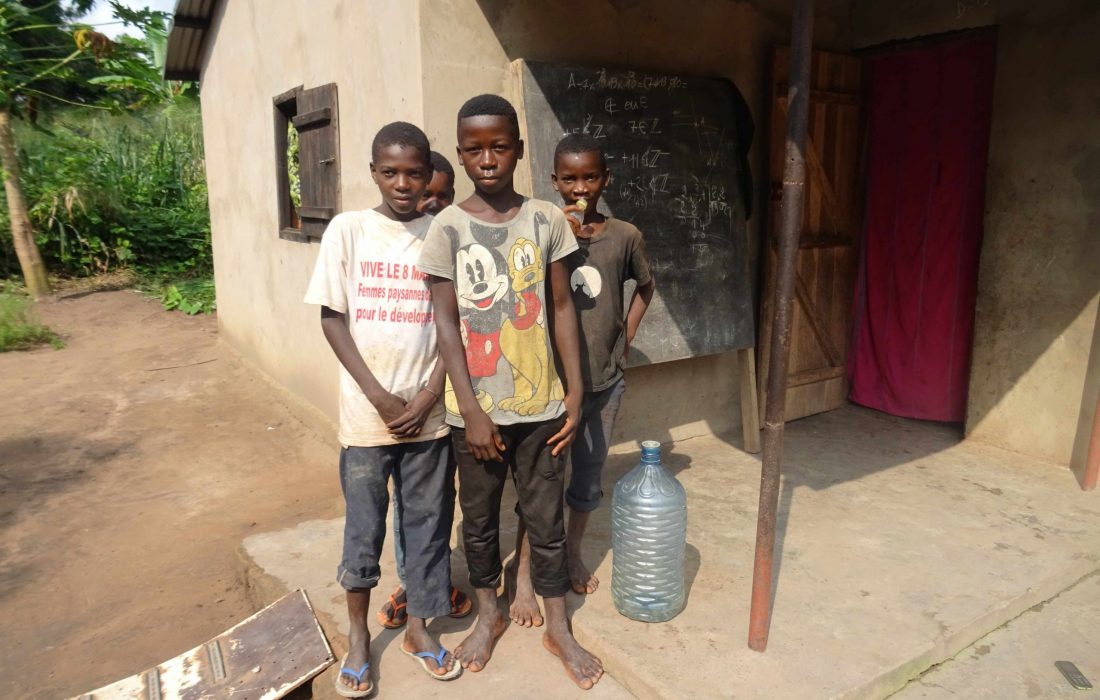 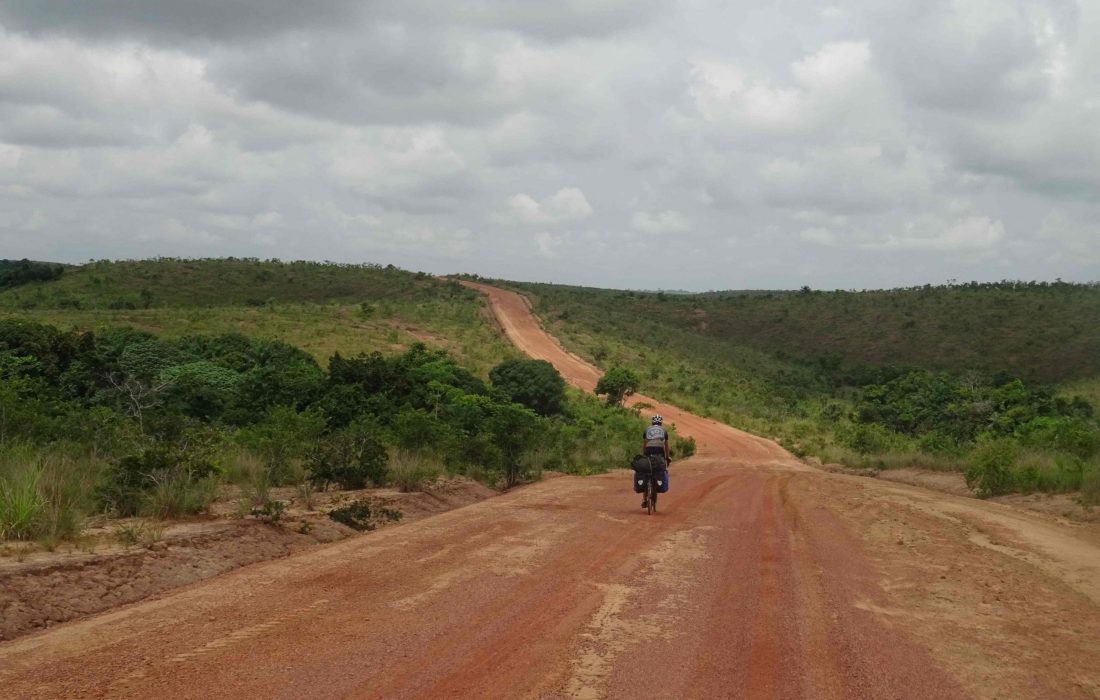