At the Namibian immigration, we had do fill out a form and then quickly got our entry stamp. However, Fabian had to walk back, to get another exit stamp for his second passport. His initial passport was not valid for the necessary six months anymore and he was not allowed to enter Namibia with that one. Therefore, we entered the penultimate country on our route and it was the first country since ages, without visa restrictions for us.

Directly after the formalities, we had to get used to driving on the left. The main roads in Namibia are paved, but there is no shoulder and therefore cycling is more dangerous.

Finally, we could chat with the locals again in a language we felt comfortable. Many people in Namibia speak English, Afrikaans and one of the many local languages. Our first meal in Namibia was a sausage with corn puree and potatoes. 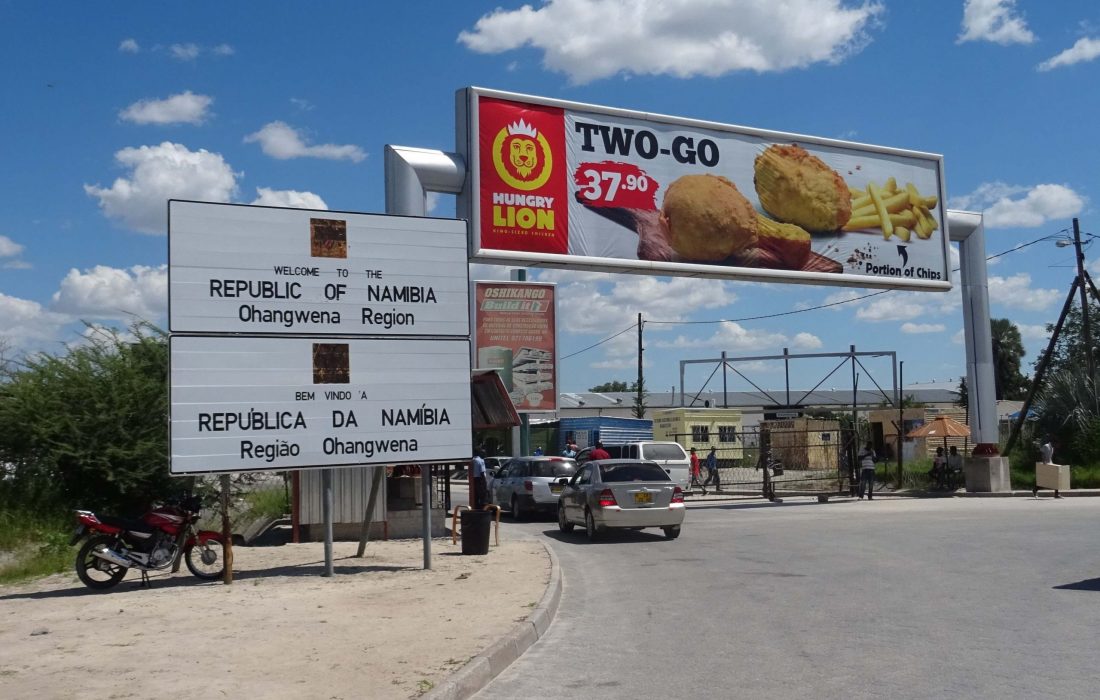 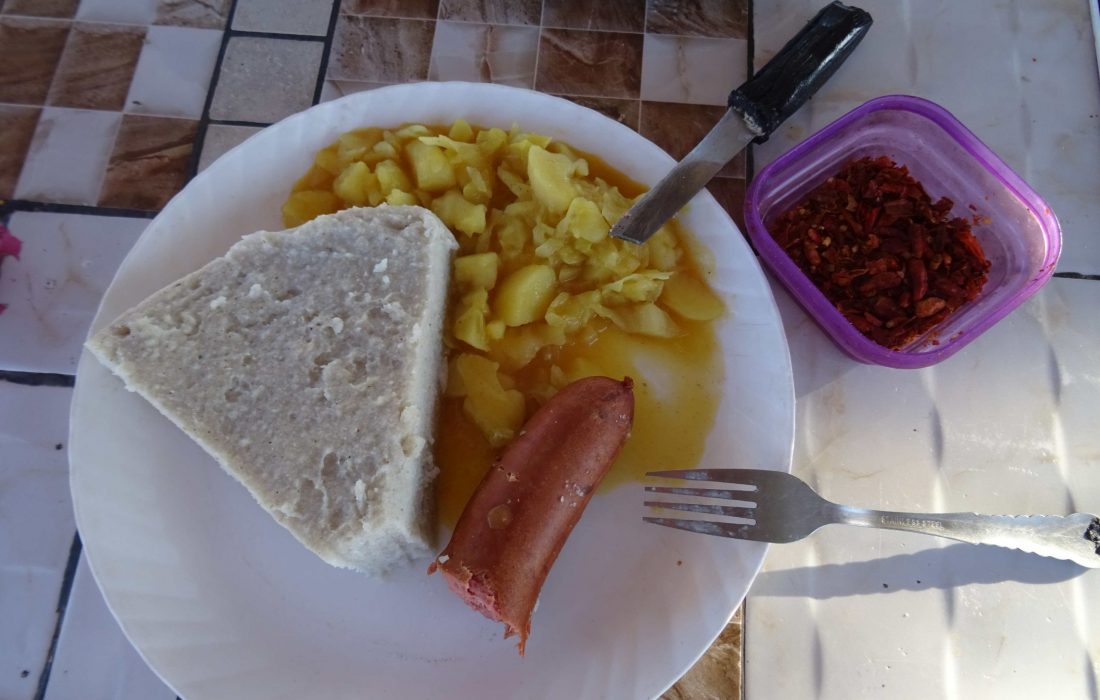 Since the tent was perfectly pitched behind a palm tree, we profited from the shade and slept until 9.30 AM. We completely forgot the time change and realized only after comparing the mobile phone with other devises that we “lost” one hour in comparison to Angola.

Ready to start cycling, Adrian realized that he had a flat tire. He barely fixed the hole and realized shortly after loading the bicycle that the tire had already lost a lot of air again. After a short assessment we saw that an old patch was displaced and therefore the tube was not leak-proof anymore. After a break, Adrian found another thorn in the same tire and had to proof his mechanical expertise once more. 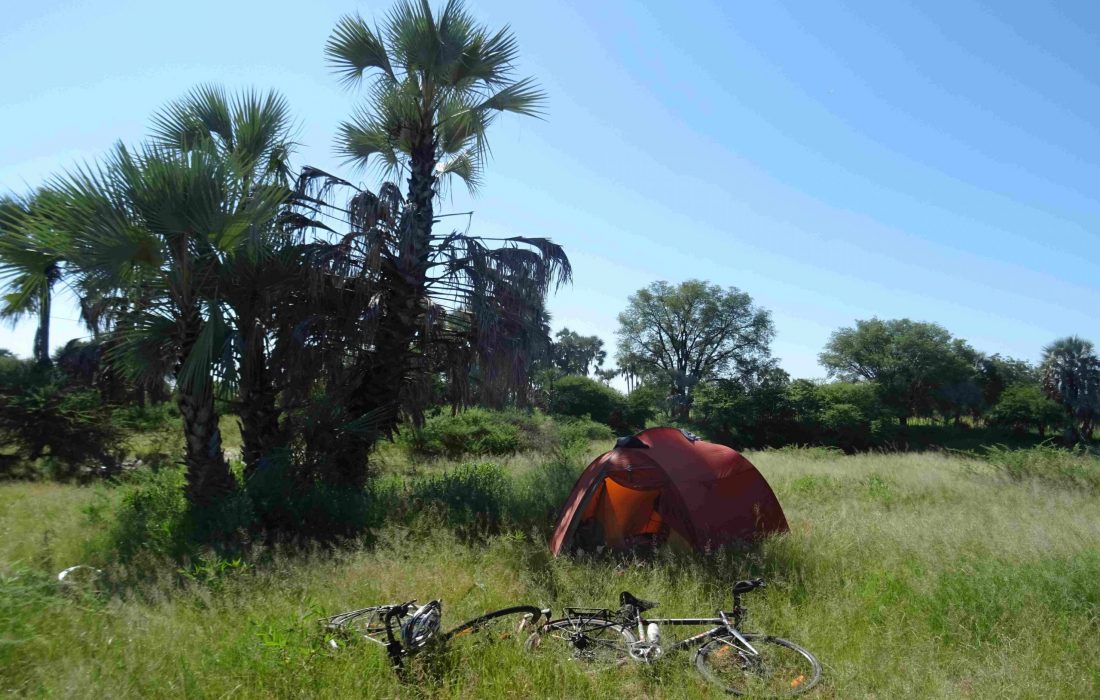 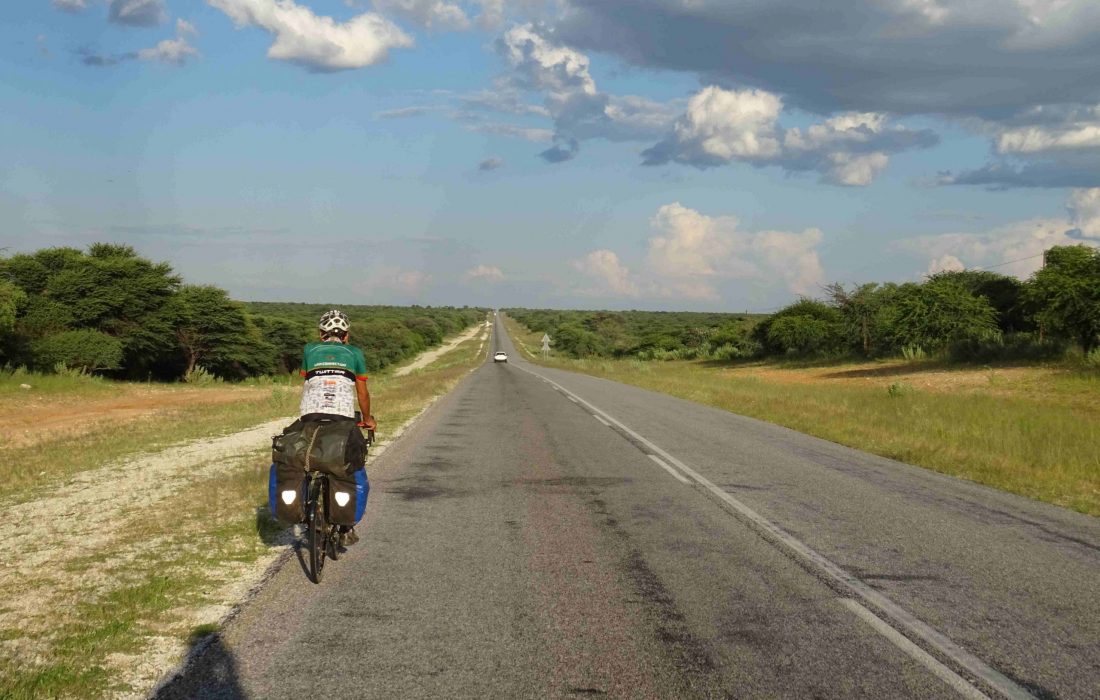 The road led us passed the most popular and fauna-rich national park in Namibia. The Etosha national park is surrounded by a high fence and contains countless animal species. We underestimated the emptiness of the region and therefore run out of water. Luckily, three women stopped at a rest stop and we could ask them for water. Besides water the friendly local women offered us food and we told them about our journey.

After we got into a local thunderstorm, we reached the next city soaking wet. We cycled 740km in the last six days and therefore our tired bodies definitely needed a break. Nigel, a friend of Janet, invited us to stay at a beautiful campground in Tsumeb. The state-of-the-art campsite had warm showers, a 50m pool and internet. 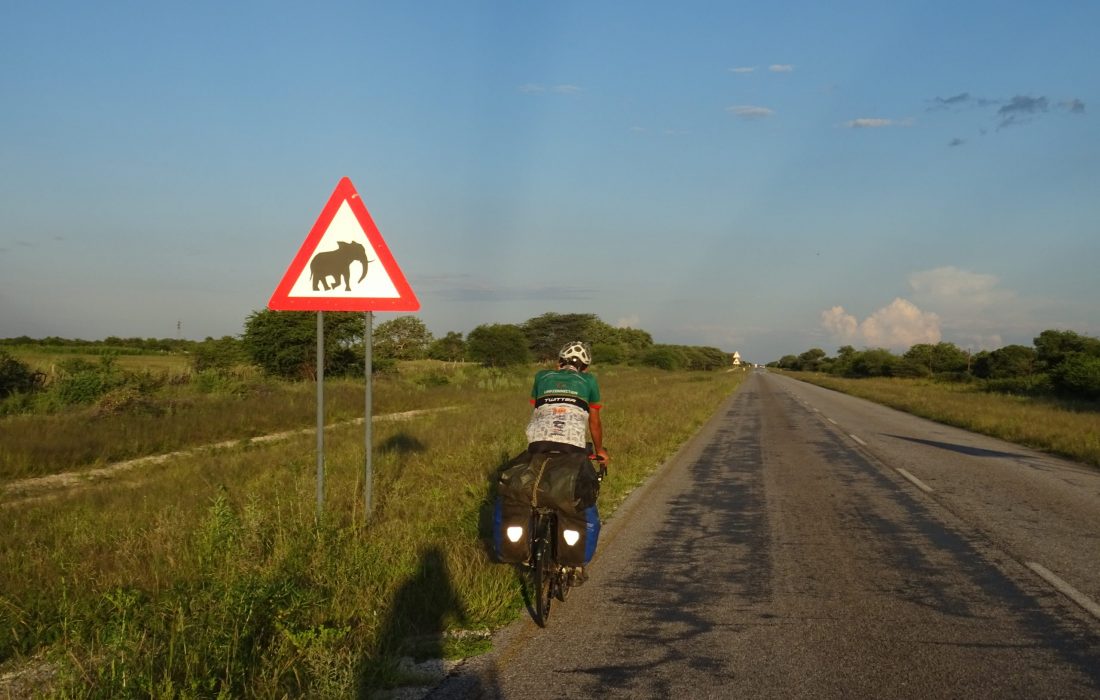 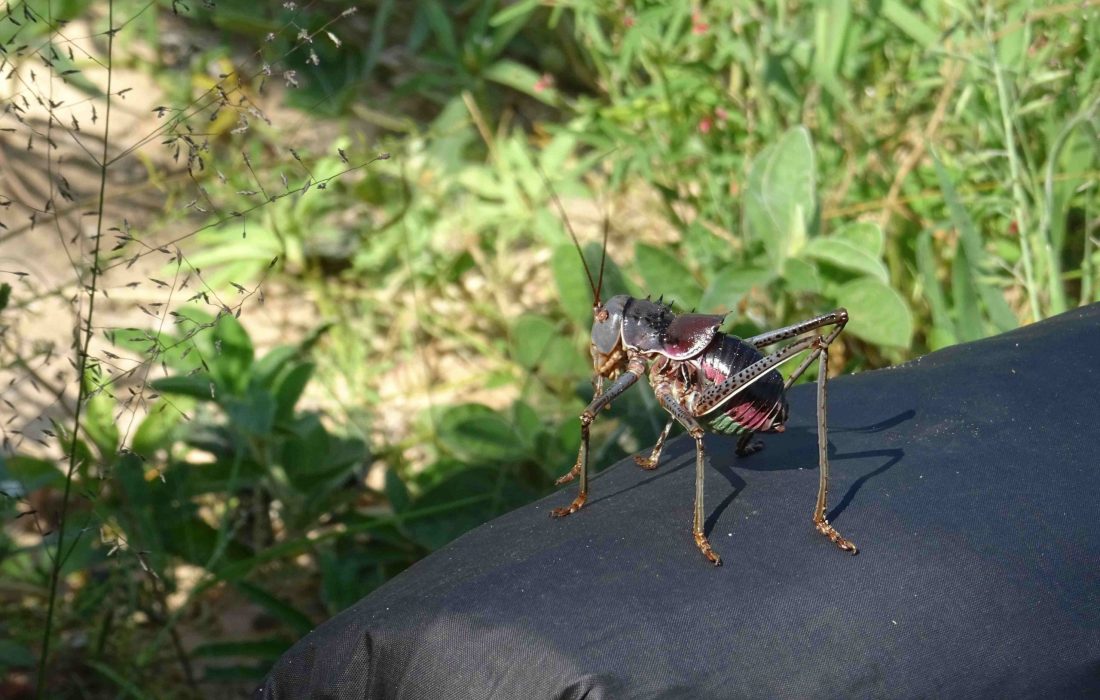 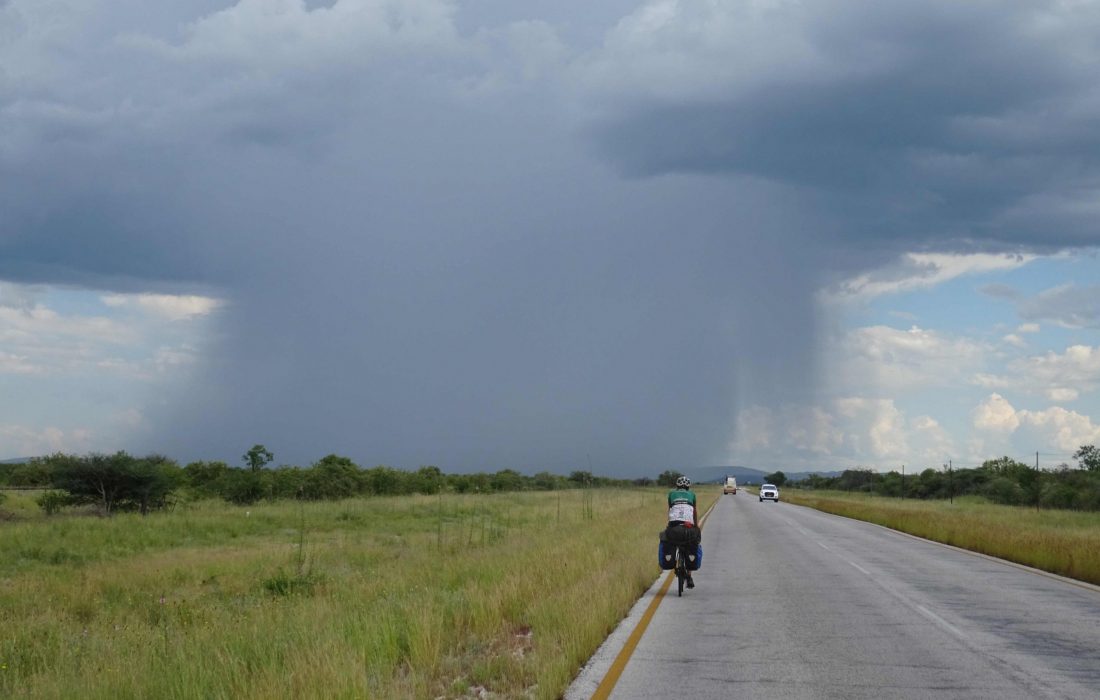 Before we reached the campground, we assumed there would be a shared kitchen and we bought supplies according to that. Unfortunately, there was no kitchen and only a few people stayed at the campsite, so we had problems to find someone who could borrow us a cooker. During our last evening, we met a friendly and uncomplicated Swiss couple, who already travels around the World since more than ten years. We exchanged travel stories and we enjoyed to talk Swiss German for the first time in a while. 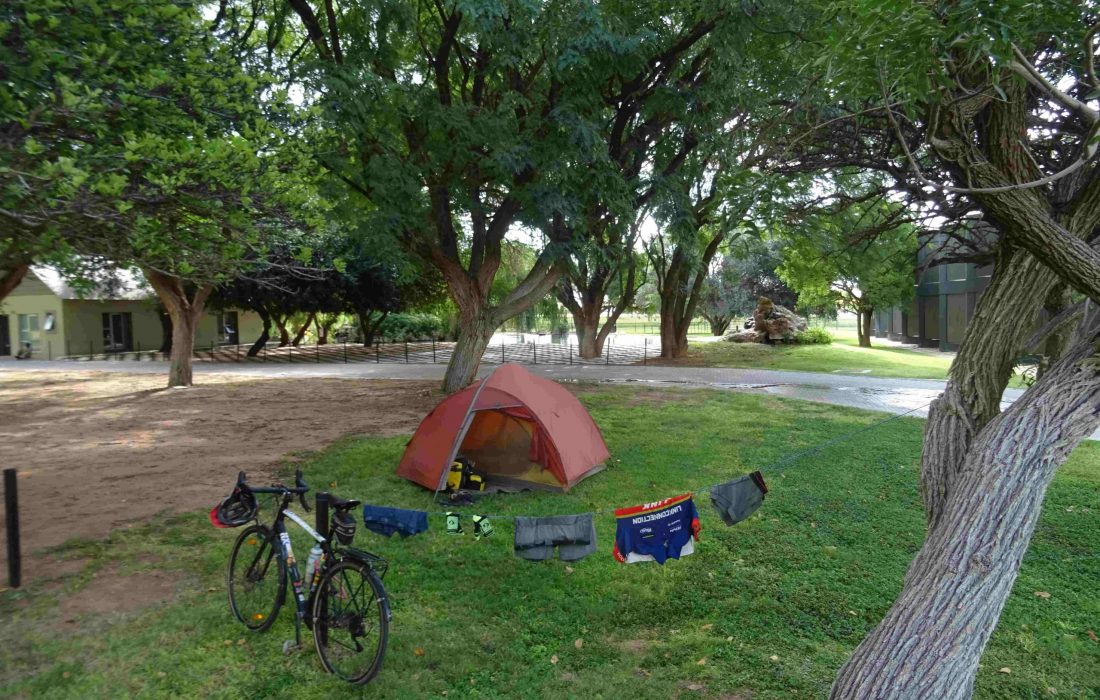 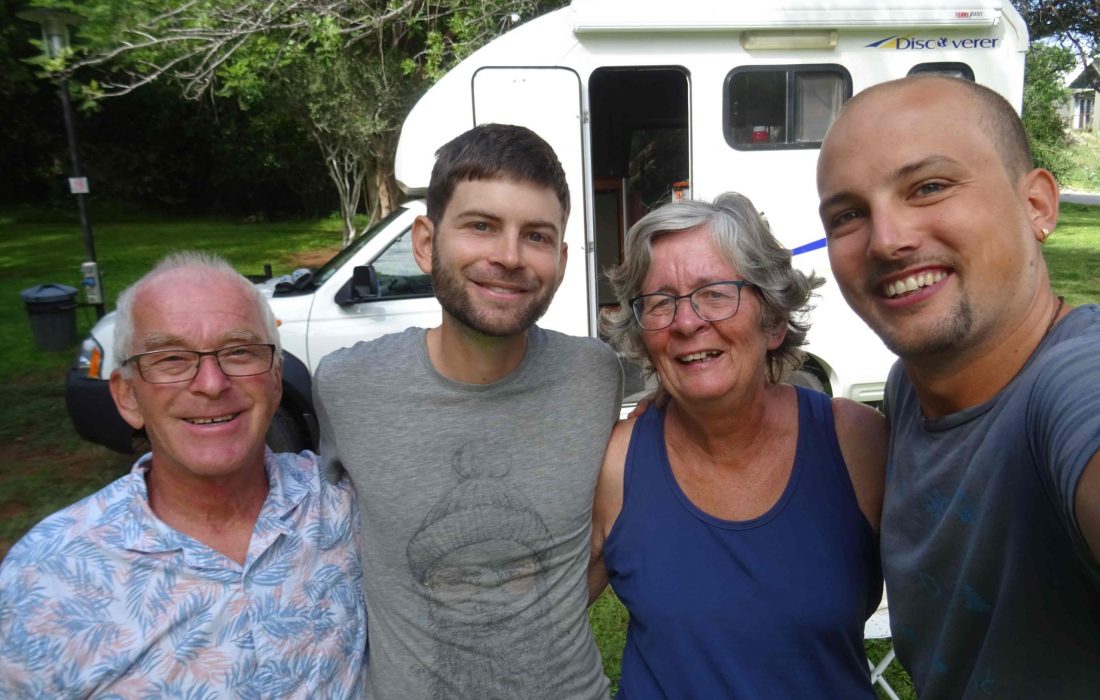 Afer a homely breakfast with Walter and Regine in their practically equipped vehicle, we visited the cycling project of Nigel. Many second hand bicycles from Europa and the U.S. are maintained here and sold afterwards. With the proceeds, they organize events for the kids and teenagers. Of course, Nigel, his wife and the other project members give away bicycles for free to some kids. We could see the huge storage room full of spare parts and bicycles. Nigel offered us many things and finally we decided to take a new helmet each. We were really happy about this generous present.

Only after noon, we left the former mining city and continued cycling. After a few hills, the terrain got flat and dead straight sections followed. In the last town, we bought food items, since the next village was around 100km away. 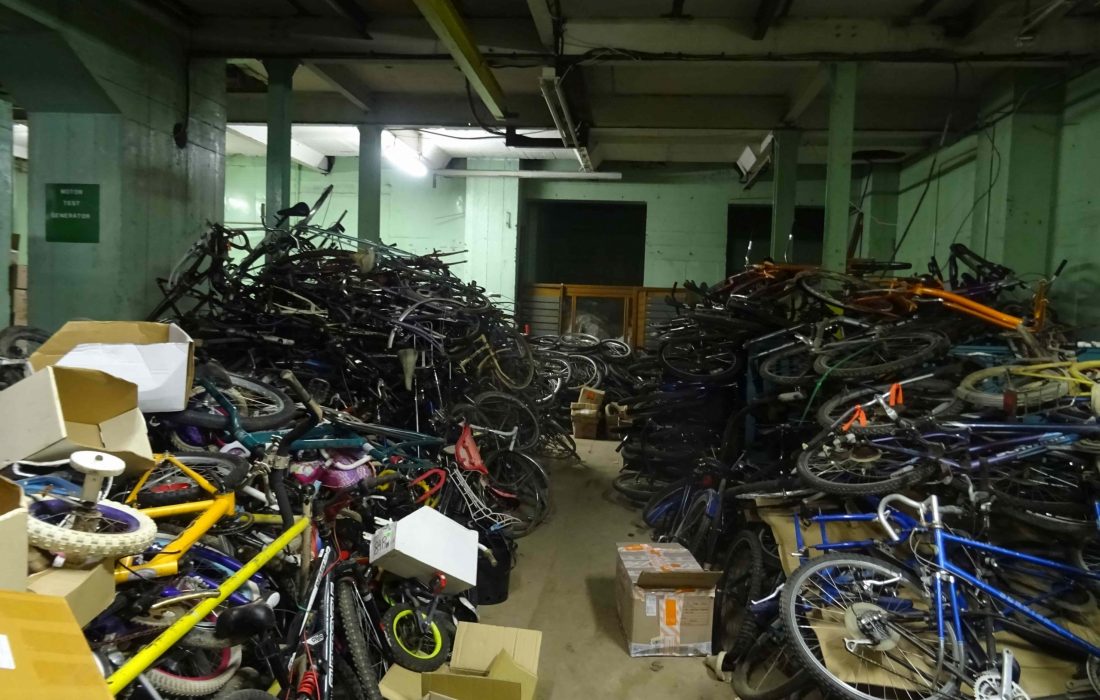 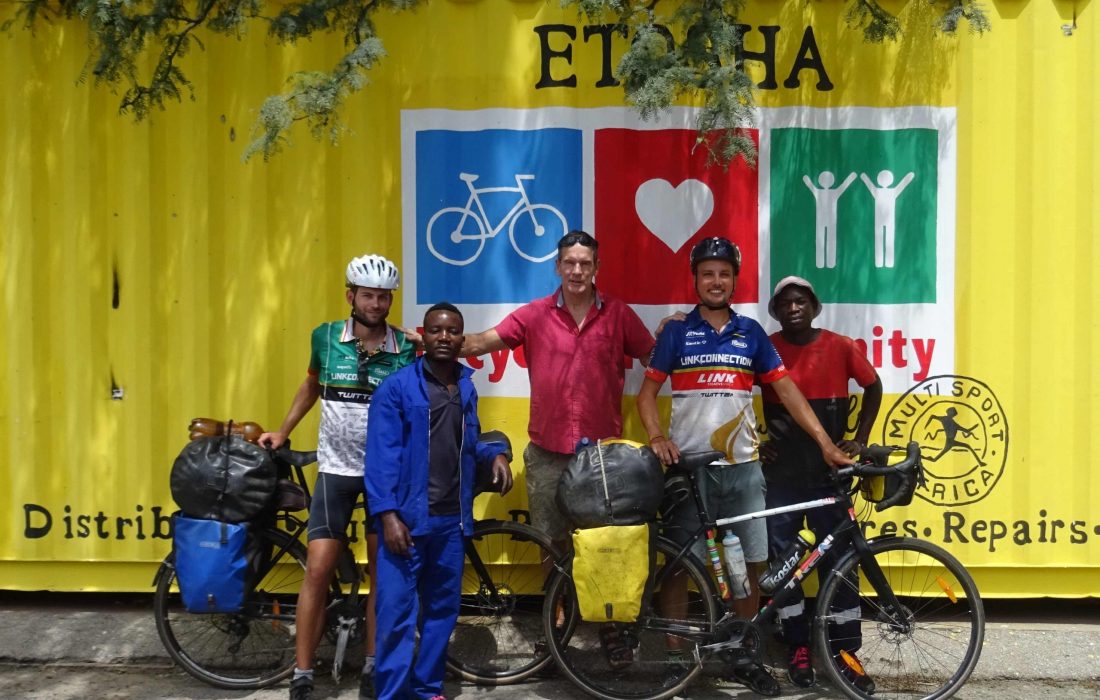 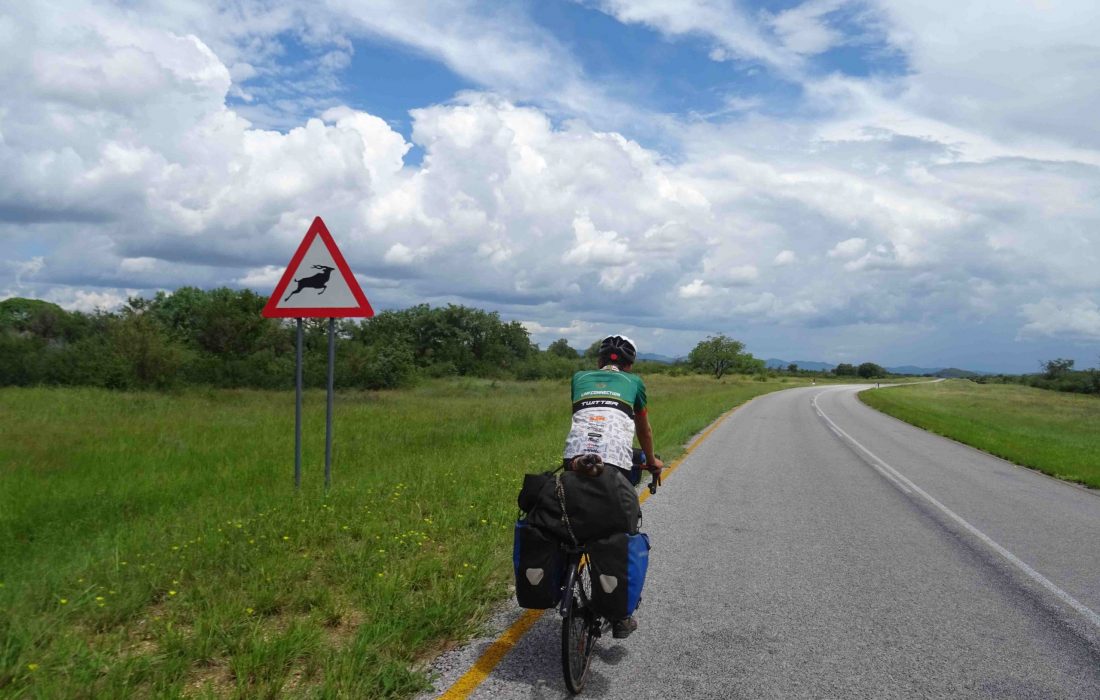 Ruler-straight roads characterized our route. Thanks to the tailwind, we made excellent progress and pelted passed the monotonous landscape. In a farm shop, we bought some local specialties. The beef salami was tasty and a welcome snack.

In all of Namibia are fences on the left and the right side, which define the private land. In one of the immense pieces of land, we saw a few greater kudus and elands. At the end of the day, we cycled 175km and therefore achieved a new Cape2Cape record, despite Fabian experiencing cramps in the tights at the end. 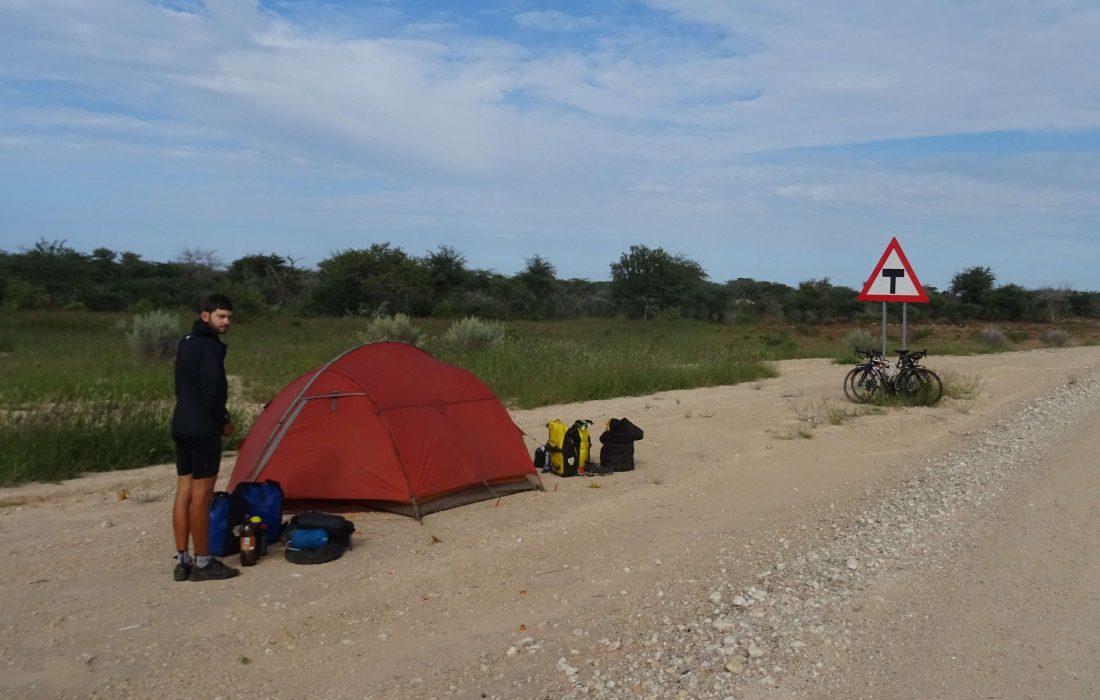 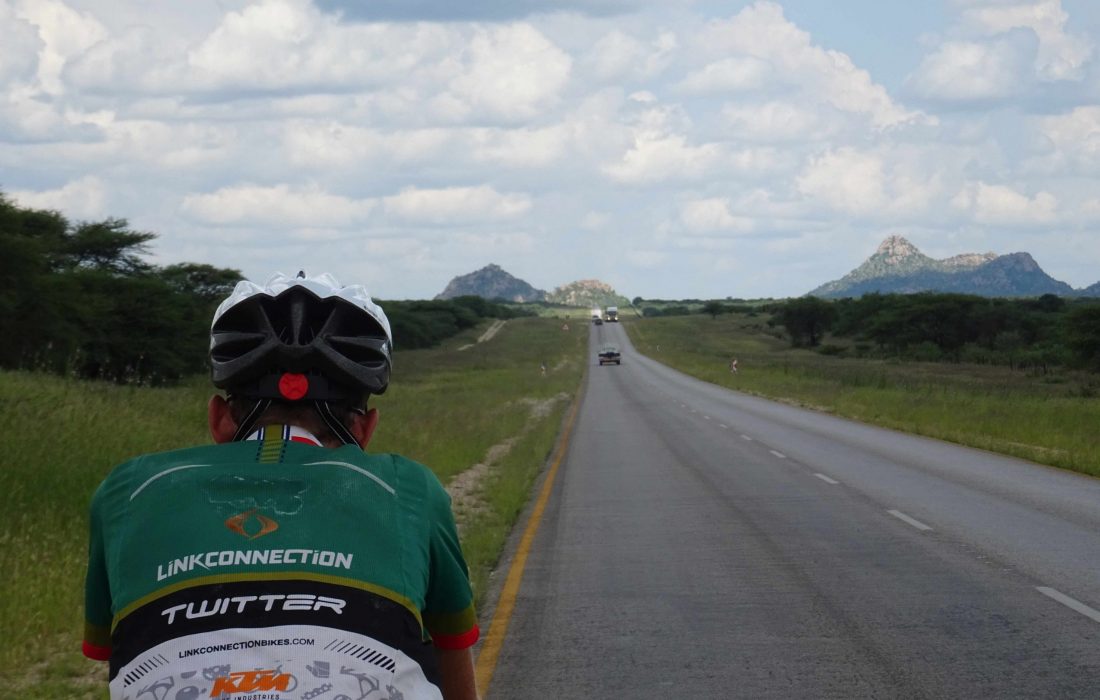 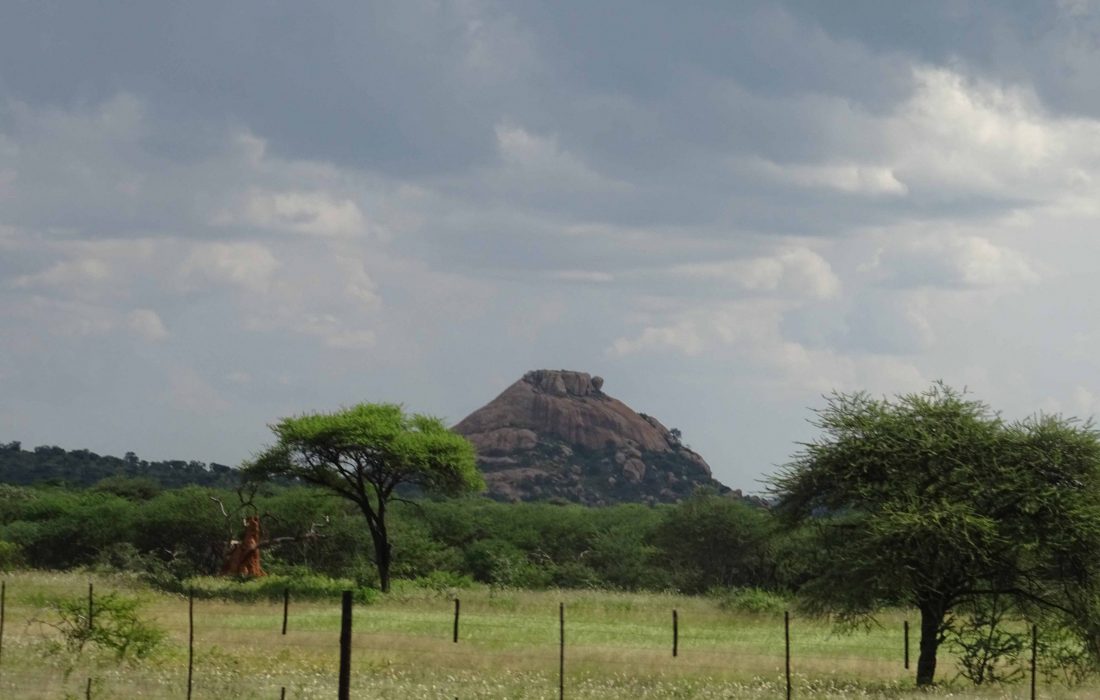 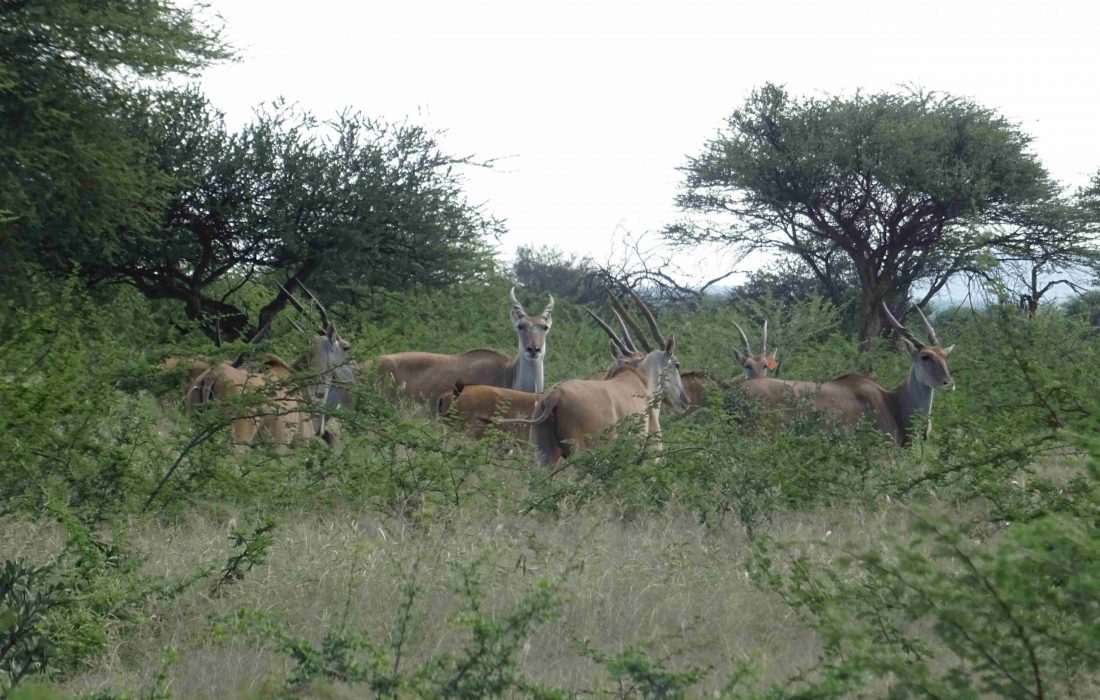 After a relaxing night on the premises of a guest farm, we spoke to the attentive owner and exchanged news about Namibia. Since the Corona-Virus or the consequences reached Namibia as well. Most of the flights were cancelled and therefore the flights of Adrian’s family as well. Right now, we try to find out if the reserved rental car and the accommodations are refundable or not. At this moment, there are only 3 confirmed cases of the virus and all of them are tourists who entered Namibia recently.

The closer we came to Windhoek, the higher the traffic volume. However, most of the vehicles considered us and we did not feel unsafe a lot. In the last city before the capital, we met a Russian traveler called Dimitri, who travels Africa by hitchhiking. He told us with a huge smile that lots of his personal belongings were rubbed by armed locals. This was not the first time and he had no chance at the police station, since the bandits had friends there. 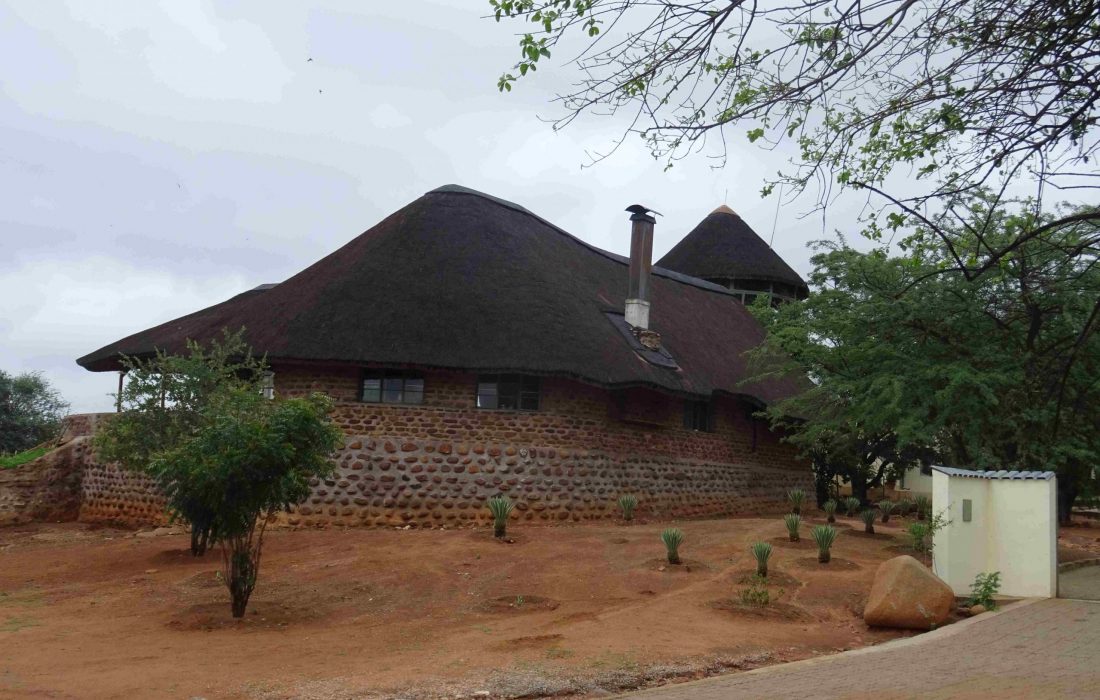 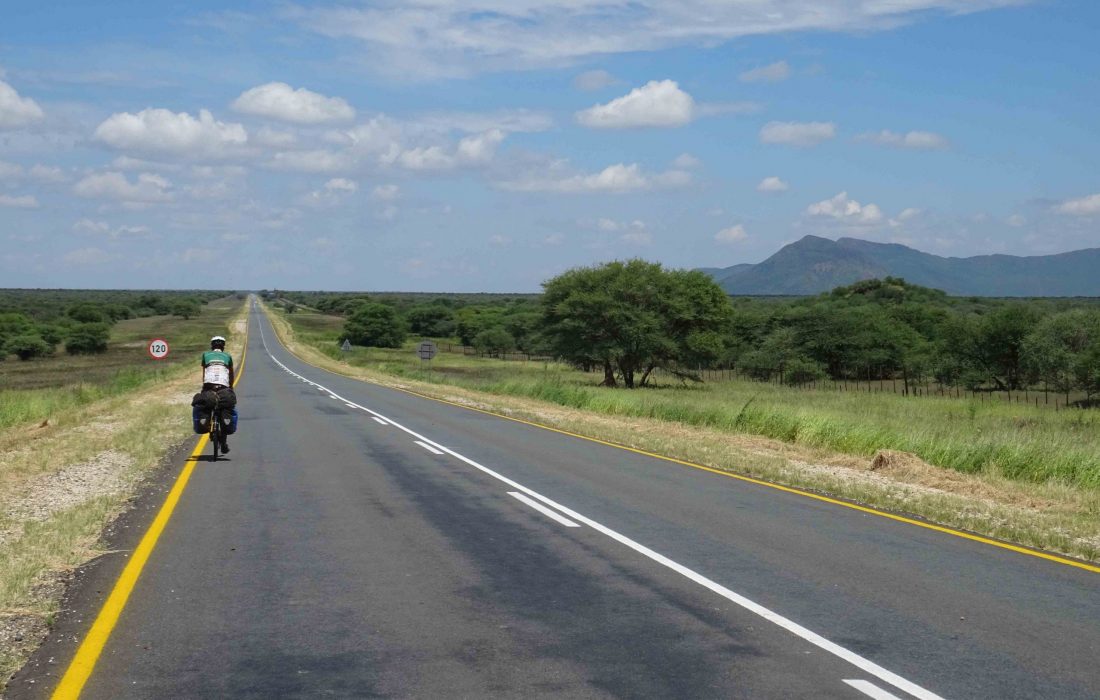 The last kilometers until Windhoek, we had to cycle on a highway, but this was positive for once, since we finally had more space. Tired, we reached the middle of this immense country (Cycled Route).

Vera and her family invited us to stay for one night in her home and for diner she invited even some friends and another traveler. We had a pleasant evening and like everywhere in the World, our main topic of conversation was the virus. 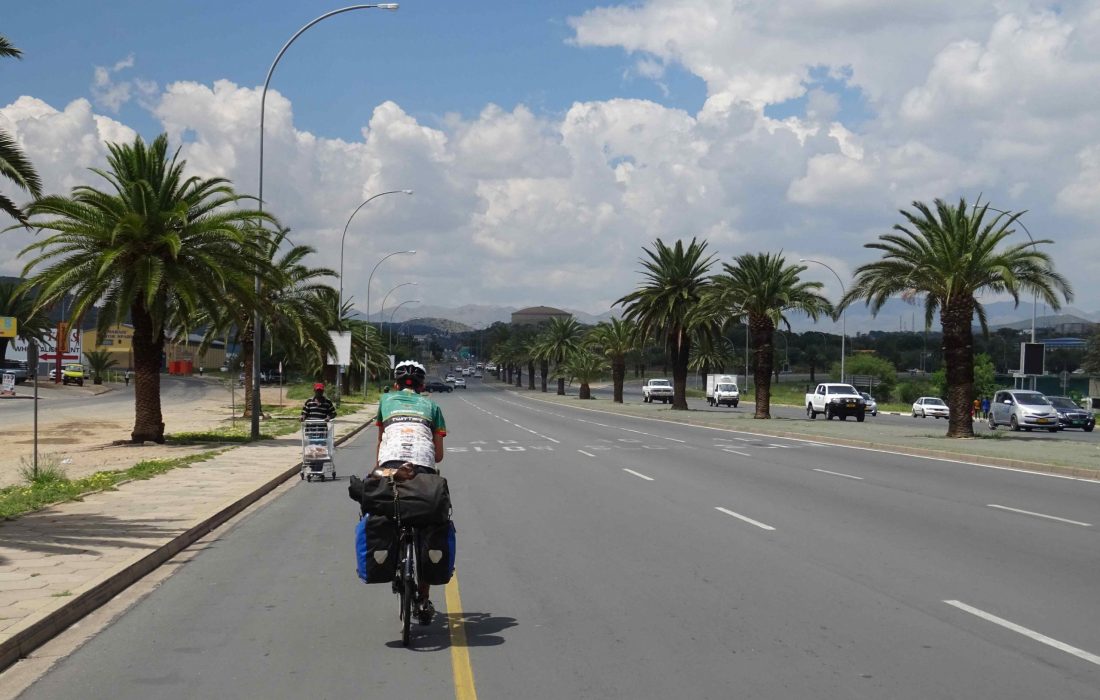 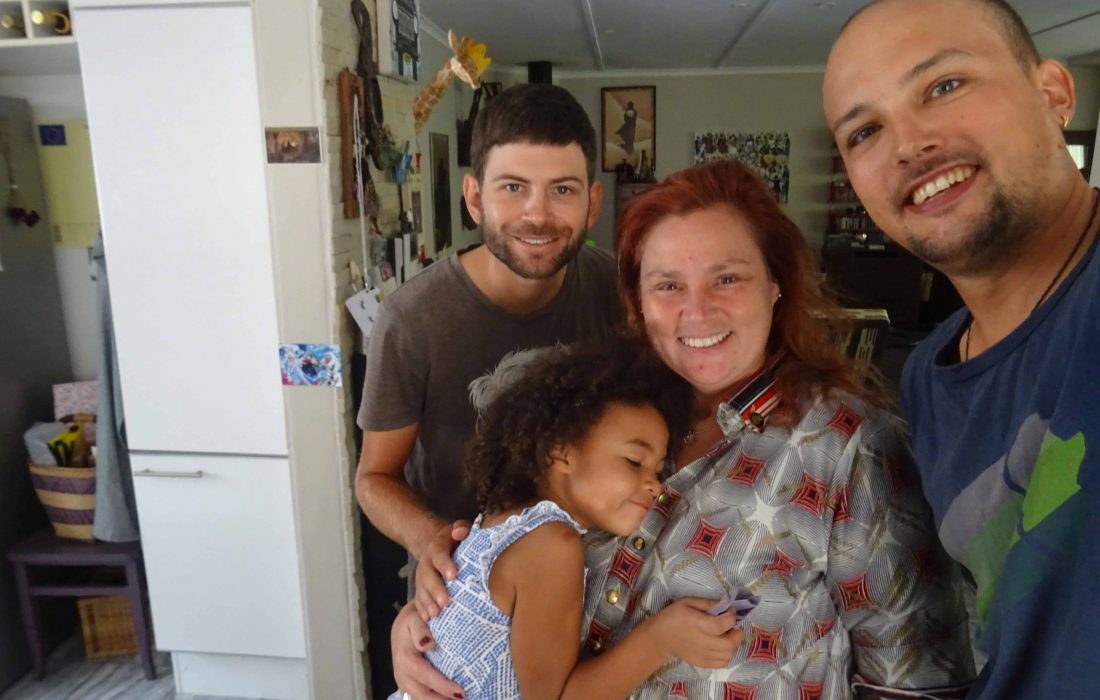