The helpful pastor accompanied us with his bicycle until the exit of the city. The landscape got flat and many green meadows or farmland were visible. Soon, we reached Lunsar, a city characterized by its iron ore extraction and we even found a bicycle mechanic. The professional and friendly Karim told us about his project and fascinated us immediately with his visions. He organizes used bicycles from Europe and America, which he repairs and maintains. Afterwards, he sells one part and the other part he donates to students with a long way to school. In addition, he teaches girls how to ride a bicycle and teaches teenagers how to fix and maintain a bicycle.

In Makeni, we realized that both our rear wheels had a crack where the spokes meet the impeller. We had this problem already in Toulouse and were lucky to replace the impellers as a warranty case. Karim searched for quite some time and finally found an impeller that fitted our bicycle. He even did not step back from the large effort of installing the hub and all spokes at the new impeller, sine he could not find another hub of the right size.

By coincidence, Nico, a German touring cyclist, stopped at the shop as well and we could all sleep at Karim’s place. In the evening, we exchanged our stories while eating delicious food and enjoying a cold beer and watched football. 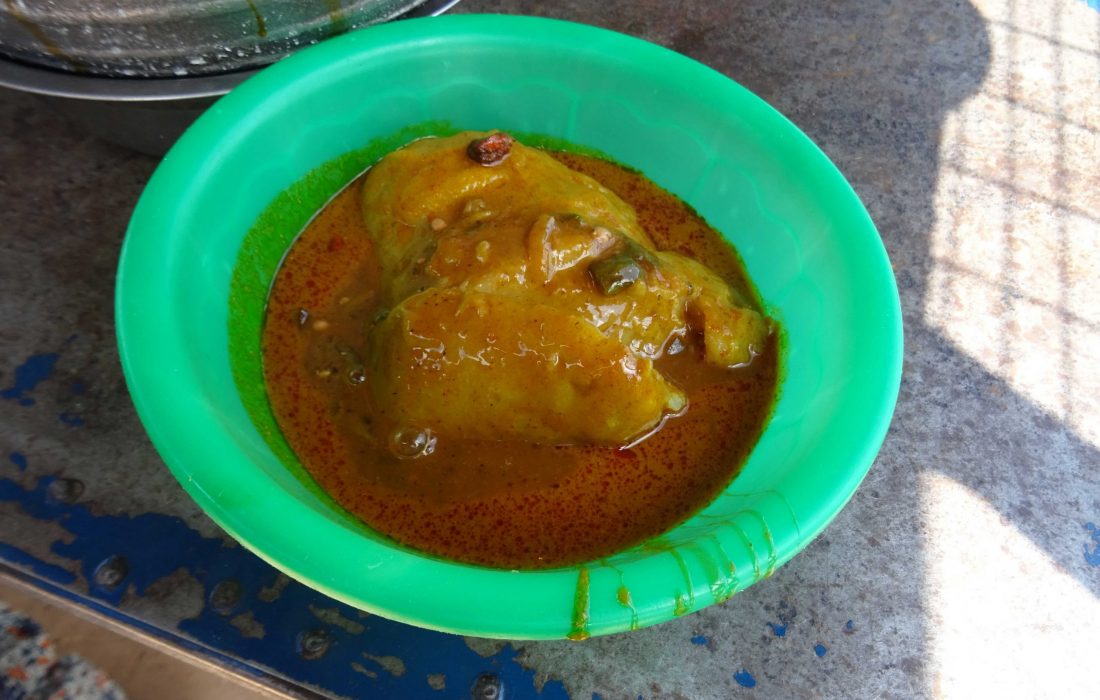 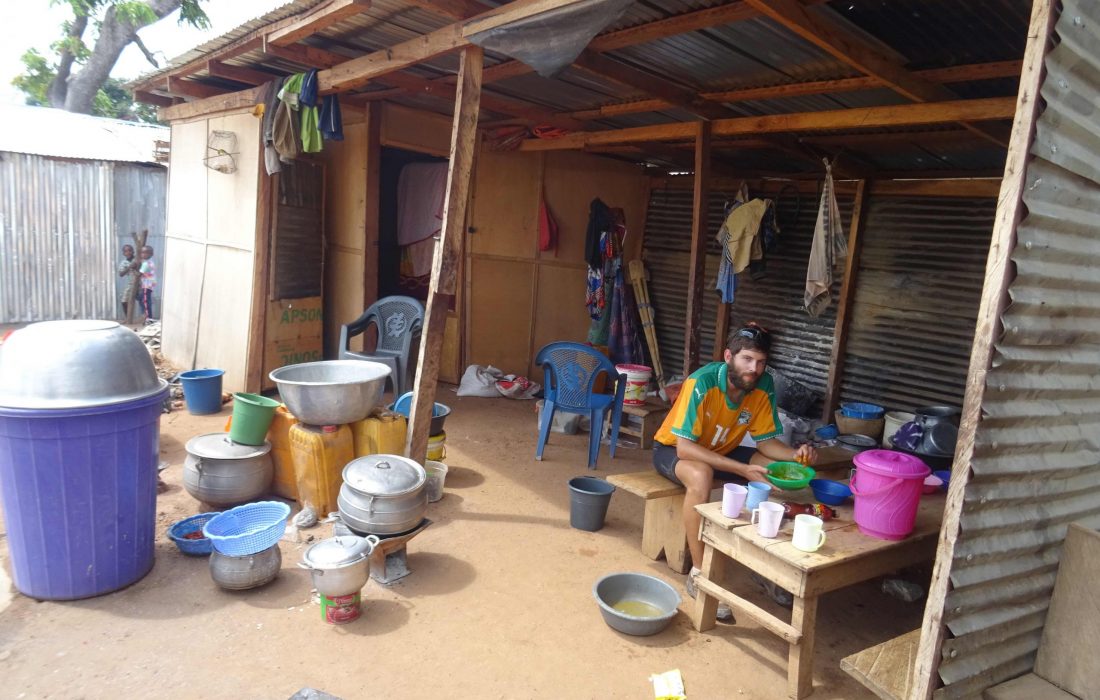 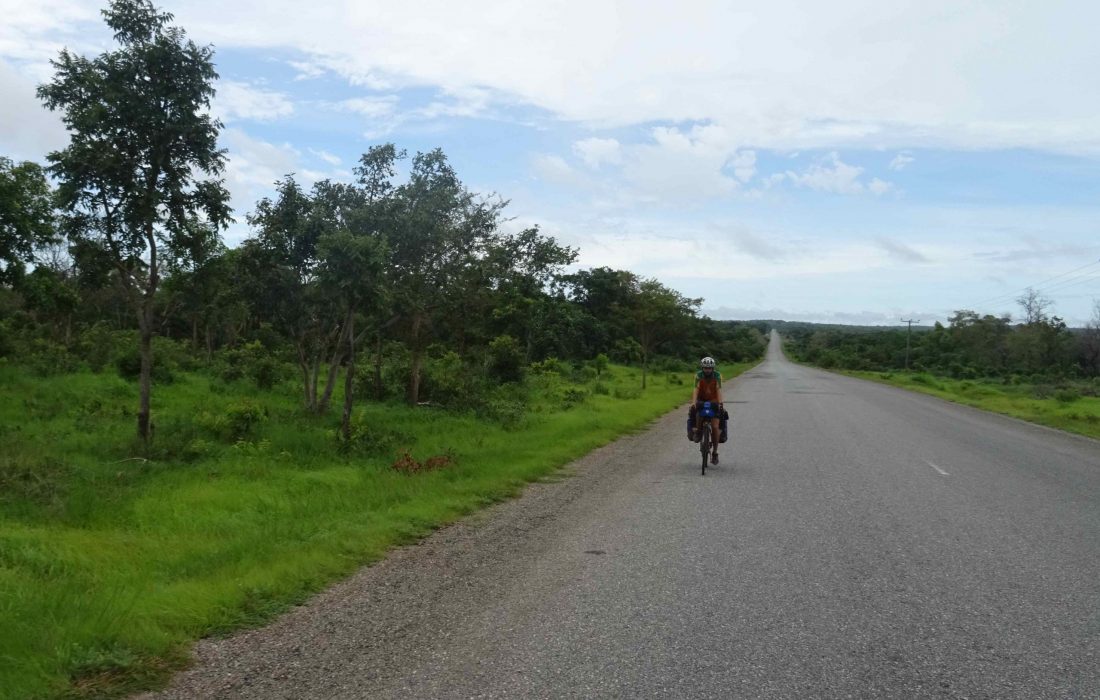 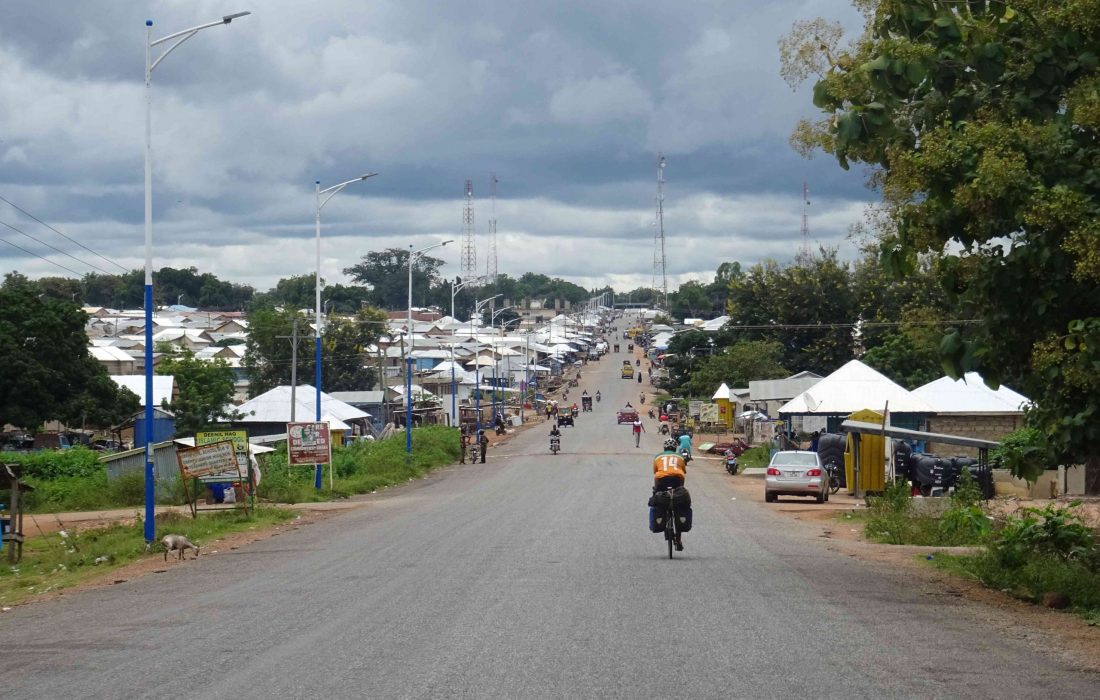